Appearing again at this year’s show is a Boeing 727-200 operated by Oil Spill Response, an industry collective aimed at responding to major oil spills.

The aircraft, registration G-OSRA, is equipped with internal tanks, pumps and a spray boom to deliver dispersant liquid.

Flight Fleets Analyzer shows that this is its second career. The trijet first served as a FedEx freighter from 1984 to 2012, after which it was modified for its current role. 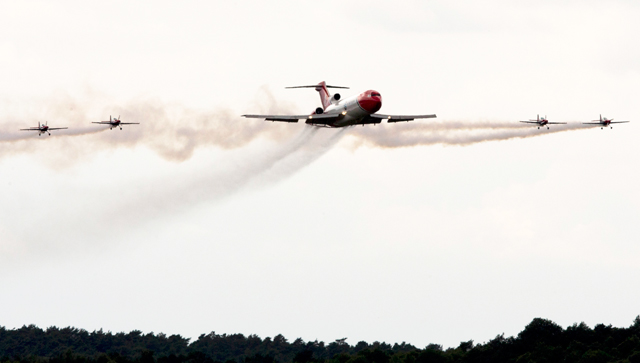 It is one of only 65 of the once-prolific type to remain in service globally. Of these, 45 serve as freighters, while the remainder serve in other roles such as research and development and VIP transport.

Only two 727s serve as commercial passenger transports – both with Iran Aseman Airlines. The carrier still uses it on several routes out of Tehran.