AVIC has joined the wings of the first MA700 turboprop with the main fuselage, as it moves to complete construction of the first static aircraft.

In its latest update, AVIC states that subsidiary company Xi’an Aircraft Industrial Corporation had successfully completed this milestone in the type’s development. 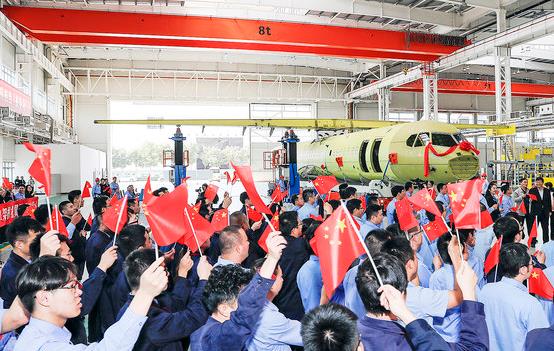 This comes about two months after the programme’s previous milestone. In July, the Chinese airframer combined three major sections of the aircraft: its nose, forward and main fuselage sections. At that time it also started wing assembly.

In its latest announcement, AVIC reiterated that 2019 marks an “important year” for the programme. The airframer had previously said that the first example of the new turboprop will be assembled by year’s end.

To date, AVIC says the MA700 has 285 orders from 11 operators. The aircraft, to be powered by two Pratt & Whitney Canada PW150C engines, is suitable for “short distance feeder transportation” of about 800km. The 86-seater has a range of up to 2,700km.