The North American market is a priority for Mitsubishi Heavy Industries (MHI), as it looks to gain a stronger foothold in the market as it moves to acquire Bombardier’s CRJ programme.

While it is unable to disclose what its future plans are for regarding the CRJ programme and its own SpaceJet programme, MHI – parent to Mitsubishi Aircraft, which manufactures the SpaceJet regional airliner family – says it is looking to “leverage the talents” and expertise of the Canadian airframer. 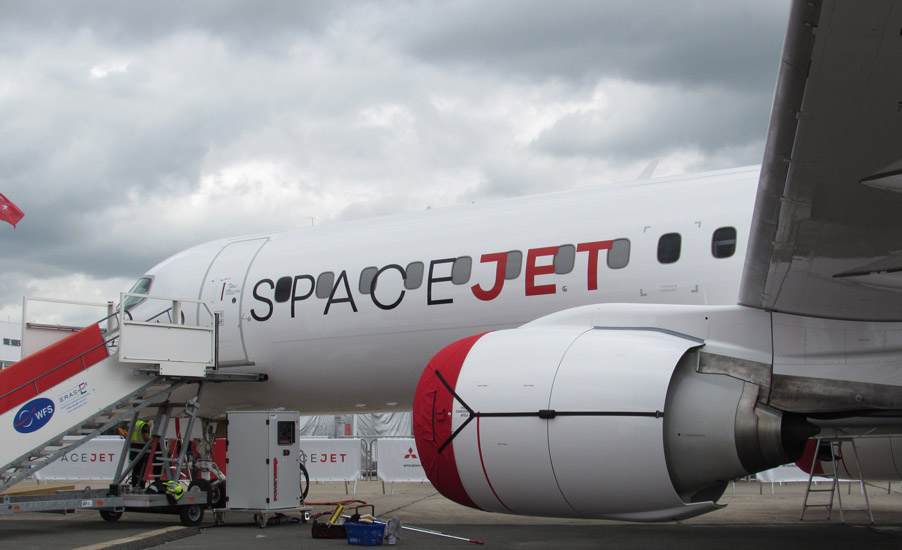 MHI announced on 25 June that it would acquire the CRJ programme from Bombardier, weeks after news broke that it was in negotiations for the 50-100 seat regional jet programme.

The Japanese company tells FlightGlobal that as the deal will only be closed by the first half of 2020, the group will be working out how best to fit the CRJ programme into its larger plans.

It adds that the $550 million all cash deal, is a “strategic step” in its plans for the regional market.

“What [the] CRJ has to offer is complementary to what Mitsubishi has,” MHI adds, echoing Bombardier’s sentiments when the deal was just announced a day earlier.

Asked by FlightGlobal if MHI is looking to reach out to existing CRJ customers, especially in North America, to tout its SpaceJet programme as a viable regional jet replacement, the company would only say that the CRJ “has the sales relationships [and customer support] with [its] customers”. It did not elaborate further.

The Japanese group is acquiring the maintenance, support, refurbishment, marketing and sales activities for the CRJ series.

The deal includes service centres in Montreal, Toronto and the US cities of Bridgeport, West Virginia and Tucson, Arizona. MHI also takes over the type certificates.

The transaction with MHI, subject to regulatory approvals, will close during the first half of 2020, Bombardier expects. It notes that a "reverse break fee" is payable by MHI under certain circumstances.