AVIC has completed its first MA700 forward fuselage, as it makes progress in assembling the first static test aircraft.

The Chinese airframer says the assembly for the aircraft designated 10001 was manufactured by Shaanxi Aircraft Corporation, which is part of AVIC. 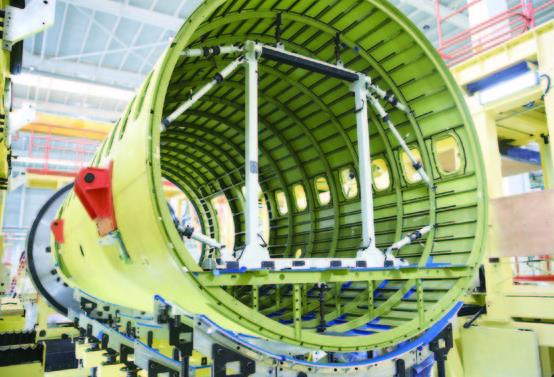 This is the third major aircraft section produced. In late May, AVIC completed construction of the main and nose fuselage sections. It has also commenced wing assembly.

It was previously reported that the first example of the new turboprop will be assembled by year’s end.

To date, AVIC says the MA700 has 285 orders from 11 operators. The aircraft, to be powered by Pratt and Whitney turboprops, is suitable for “short distance feeder transportation” of about 800km. The aircraft has a range of up to 2,700km.