Qatar will operate a future fleet of 36 Dassault Rafale fighters, having signed an option to boost a previous commitment for 24 of the type.

Announced by the manufacturer on 7 December, the development builds on a contract signed in May 2015 covering the provision of 18 single-seat Rafale EQs and six two-seat DQ-model trainers. Dassault has not disclosed whether the fresh order for 12 units will contain any additional trainers.

The Qatar Emiri Air Force is scheduled to take delivery of its first Rafale in 2018. 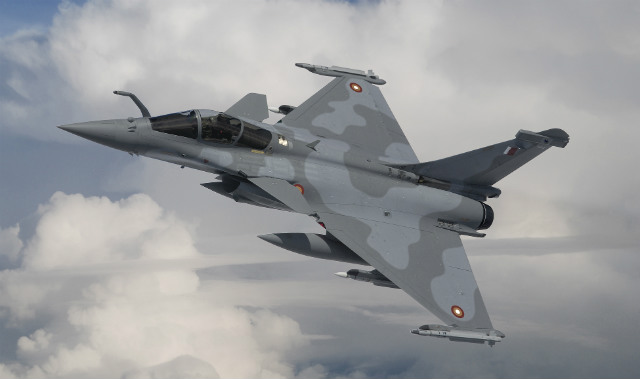 An artist's rendering of the combat aircraft shows it in a two-tone grey camouflage livery and armed with MBDA's radar-guided Mica medium-range air-to-air missiles and short-range Diehl Defence IRIS-Ts.