Teams involved in the search for the Indonesia AirAsia Airbus A320 that crashed into the Java Sea on 28 December have yet to detect pings from the aircraft’s flight data and cockpit voice recorders.

About 40 bodies have been recovered thus far, according to Indonesian search officials. Some of victims were found still belted into their seats.

AirAsia Indonesia says that 50 ships will comb the search area on Tuesday 6 January. Of these, five are specifically tasked with trying to identify transmissions from the aircraft’s FDR and CVR. Eighty divers are also on hand, although visibility in the 30m waters in which the aircraft is thought to lie is extremely poor. 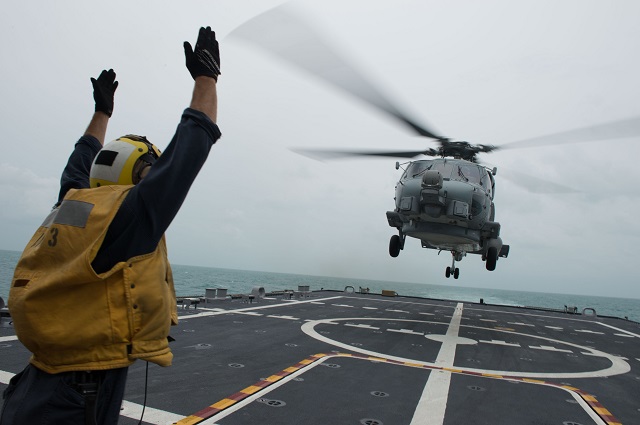 In addition, helicopter and fixed wing aircraft will continue to support search efforts.

Separately, the US Navy has issued a statement that two warships, the Littoral Combat Ship USS Fort Worth and destroyer USS Sampson, are participating in the search. The Fort Worth is equipped with the Tritech SeaKing Towfish side scansonar, which is designed for wide range seabed surveillance. On its web site, TriTech claims that the system can “generate sonar images of unprecedented clarity.”

The Sampson has transferred 12 bodies to shore using its Lockheed Martin MH-60R helicopters. 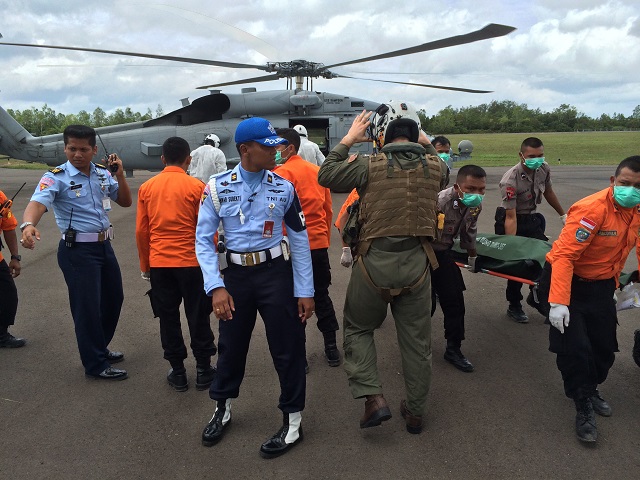 Flight QZ8501 crashed in stormy weather while operating the Surabaya-Singapore route. All 155 passengers and seven crew are believed to have been lost.