RAC MiG is contemplating building a fifth-generation fighter which would use its current MiG-35 platform as a "foundation" for the introduction of new technologies.

Sergey Korotkov, general director of the Russian firm, says concepts for a new aircraft have already been worked on by company engineers.

"I know this is one of the ideas, one of the directions, that is in the pockets of the design bureau," he says, speaking through an interpreter. "I do hope that we shall stick to this direction more seriously very soon." 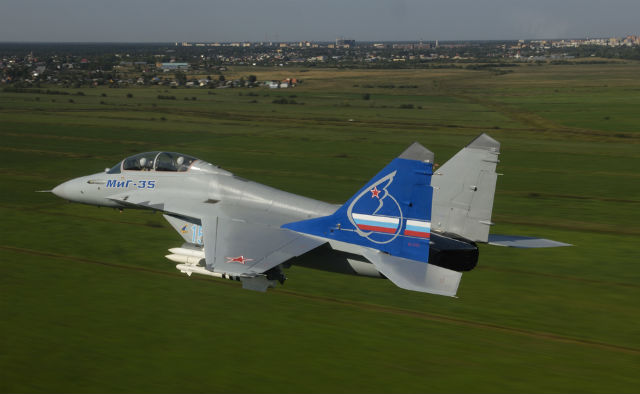 Although he does not detail how advanced its studies are, Korotkov believes it is "very likely" that the new combat type will be developed. However, he says "the most important thing is that it should be ordered".

Such a "time-consuming" project, which requires "quite a big amount of money", would need to have a defined end user before it commenced, he says.

Korotkov plays down suggestions that any work on a fifth-generation fighter would bring MiG into conflict with its sister airframer Sukhoi, which is developing its own stealthy type, the T-50/PAK-FA.

The two aircraft are "are quite different projects and each would be targeted to resolve their own mission", he says.

The maximum take-off weight of the current MiG-35 is around 5t lighter than that of the larger T-50, and Korotkov suggests it will provide greater efficiency for the majority of projected missions.

"We consider that the MiG-35 is that very platform which might, in the future, form the foundation of a fifth-generation fighter," he says.

However, in the meantime RAC MiG is still waiting for confirmation of a long-awaited order from Russia's defence ministry for the present MiG-35.

Korotkov says all the relevant documentation covering the deal for an undisclosed number of aircraft is with the ministry, and he hopes it will be concluded "this year".

Export orders are also being pursued, with Egypt recently linked to a commitment for 24 examples of the Klimov RD-33MK-powered type. However, Korotkov declines to comment on the rumours.

Additionally, in April the airframer received an order for 16 additional MiG-29SMTs for the Russian air force, which will keep the production line active until work can start on the newer model.