Dassault has delivered its first three Rafale combat aircraft to its Egyptian customer, just five months after it secured a 24-unit contract from the North African nation 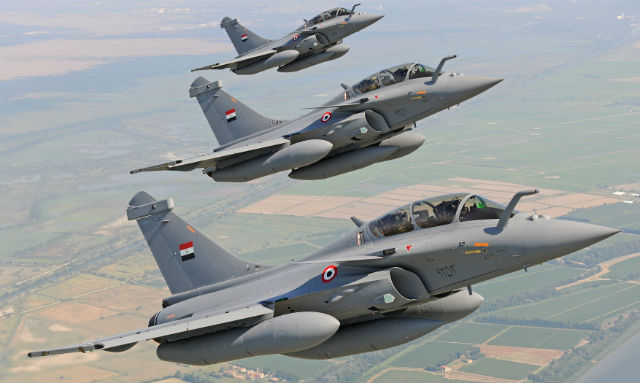 Accepted by Egyptian officials at Dassault’s Istres flight test centre in the south of France, the aircraft will be flown to the Egyptian capital on 21 July.

“An initial group of Egyptian users has been trained in France,” says Dassault. These French air force-instructed pilots will perform the delivery flights, it adds.

Dassault says the Rafale’s introduction will support its new operator in “meeting the country’s operational requirements and enabling Egypt, with full sovereignty, to secure its geostrategic position in the region”.

The trio of aircraft – all Rafale Bs – have been diverted from delivery to the French air force.

In February Egypt became the first confirmed export customer for the Rafale. Its commitment was swiftly followed by a contract from Qatar – also for 24 of the type.