AirTanker is offering its latest Airbus A330 Voyager, acquired as part of the UK’s Future Strategic Tanker Aircraft programme, to enable military operators to move personnel or freight, rather than put the widebody into commercial use.

The 12th of an eventual 14 Voyagers to be delivered was on static display at the Royal International Air Tattoo (RIAT) at Royal Air Force base Fairford in Gloucestershire from 17 to 19 July. KC2-model aircraft ZZ341 is part of a so-called “surge” fleet to be made available to the UK if required beyond a core inventory of eight flown by the RAF and a ninth that is retained on the civil aircraft register and flown by AirTanker crews.

“We believe there’s value for our UK customers in making this aircraft available to them,” says AirTanker chief executive Phill Blundell. “It would be cheaper to use Voyager than going to the charter sector.”

The company is discussing the proposal with the Ministry of Defence, but for now will employ ZZ341 to support its existing tasking. 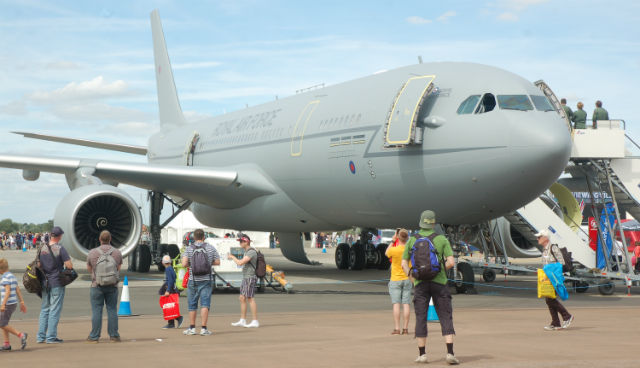 In the longer term, AirTanker hopes to provide excess capacity to support a European Defence Agency initiative to acquire a pooled fleet of A330 tanker/transports for the Netherlands, Norway and Poland. This could potentially take the form of multinational pilots training on the Voyager.

“We can get them very familiar with the platform,” says Blundell, who notes that discussions with the EDA have had the support of the RAF and Airbus Defence & Space.

Meanwhile, an A330-200 operated by Thomas Cook Airlines since 1 May under a lease agreement with AirTanker has been returned to the latter’s facilities at Brize Norton for adaptation to the carrier’s seating configuration.

Since entering commercial service, the originally tanker-roled Voyager had been flown from the UK with AirTanker’s 291-seat, single-class layout, as the airline’s Acro-supplied replacements were not available in time for its introduction.

Blundell says aircraft G-VYGK is now having its interior updated, with the work expected to take around three weeks to complete. It will be then returned to Thomas Cook with 323 economy-class seats, all with in-flight entertainment screens.

The first aircraft from the “surge” fleet had already had its military systems removed prior to entering commercial use. AirTanker says it had flown more than 23,700 passengers before being returned for the completion of its interior modification. 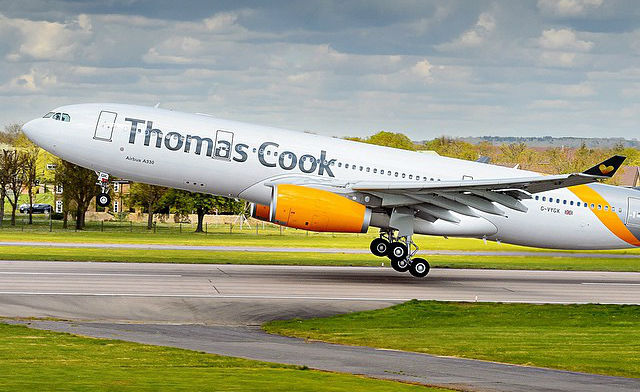 “It is proving that we can take the [Voyager] aircraft back in a civilian configuration and not affect performance,” Blundell says. “If there’s no interest it would be available for the next civilian summer season,” he adds.

The programme’s remaining two aircraft are scheduled for arrival in January and September 2016, AirTanker says.

Meanwhile, the Voyager has recently received final operational clearance to provide in-flight refuelling to the RAF’s Boeing E-3D Sentry airborne warning and control system aircraft. The type is also due to conduct its first trials from around February next year, with a Lockheed Martin F-35B operating from NAS Patuxent River in Maryland.