Four defence contractors and their partners are lining up bids to build the US Air Force’s next-generation fighter trainer, via the service’s long-awaited T-X programme.

The competitors include partnerships of Alenia Aermacchi/General Dynamics, BAE Systems/Northrop Grumman and Korea Aerospace Industries/Lockheed Martin (T-50 pictured below) – which plan to pitch versions of existing aircraft – and Boeing, which will propose a clean-sheet design in partnership with Saab. 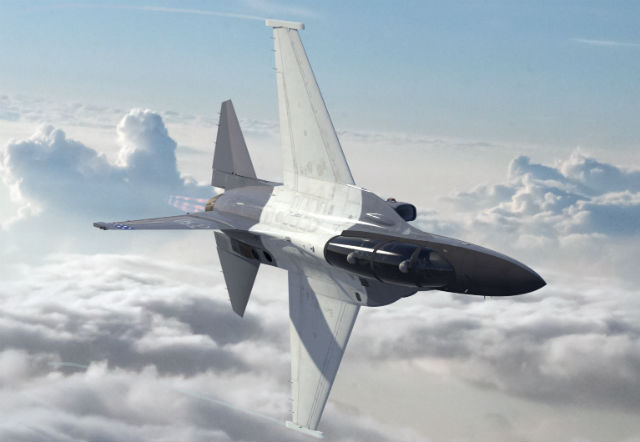 Analysts say that the three known aircraft candidates give the USAF a broad range of options, both in terms of price and performance. “They all have a good product, and I don’t think anyone has a particular advantage,” believes Mark Gunzinger, from the Center for Strategic and Budgetary Assessments.

The programme calls for the acquisition of 350 aircraft to replace the USAF’s 1960s-era Northrop T-38 Talons, which the USAF’s Air Education and Training Command says lack the technology and performance necessary for fifth-generation fighter training. 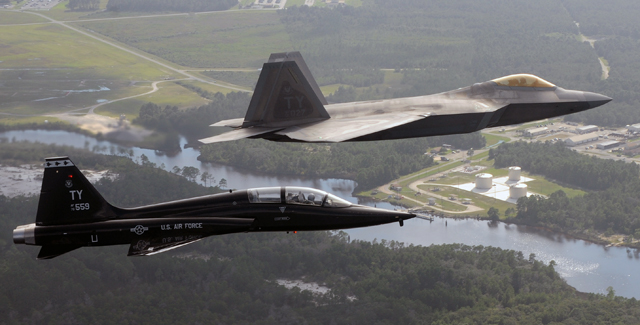 As of now, the service’s requirements allow for a single- or twin-engined aircraft with either a side stick – like Lockheed Martin’s F-22 and F-35 – or a centre stick. The service is also considering either a supersonic or subsonic trainer, and says its cockpit displays should “closely replicate” fifth-generation aircraft.

The selected type should be capable of performing an 8g manoeuvre at half-fuel weight, and of sustaining 6.5g for a period of 15s. Operating and support costs should be no more than $35.3 billion for the fleet over a 20-year period. The service’s fiscal year 2015 budget proposal and new five-year spending plan would inject $667 million into T-X through FY2019, and it envisions spending another $581 million in later years. Initial operational capability is expected around 2023 for a US-built aircraft.

Congress must still approve the budget, but observers expect that this particular request will get the green light.

“This doesn’t have a whole lot of controversy associated with it,” says Gunzinger.

Richard Aboulafia, vice-president of analysis at Teal Group, calls the KAI/Lockheed T-50 Golden Eagle the “most capable” option – but also probably the most expensive to buy and operate. Lockheed declines to discuss prices, but Aboulafia estimates the T-50’s flyaway cost will be $26 million per aircraft.

Currently built in South Korea and flown by that country’s air force and that of Indonesia, the T-50 was designed specifically to train fifth-generation fighter pilots, Lockheed says. “A student doesn’t need extensive training in the operating squadron to learn high-speed manoeuvring” after flying the type, it adds.

He estimates the least expensive option, at about $21 million each, is the BAE/Northrop Hawk ­advanced jet training system, which is derived from a aircraft model originally introduced in the 1970s. “If you want to put a pilot in the air and give him good cockpit training at the lowest cost, [the Hawk is] the way to do it,” says Aboulafia.

The aircraft BAE will pitch to the USAF will be similar to the Hawk T2 (below) operated by the UK Royal Air Force, and also ordered by Oman and Saudi Arabia. Used to prepare pilots for types including the Eurofighter Typhoon and future F-35, the aircraft has a FADEC-equipped Rolls-Royce Turbomeca Adour 951 turbofan and can reach 555kt (1,030km/h), BAE says. The T2 also has advanced simulation architecture that emulates sensors and communicates with other aircraft to mimic threats, it adds. 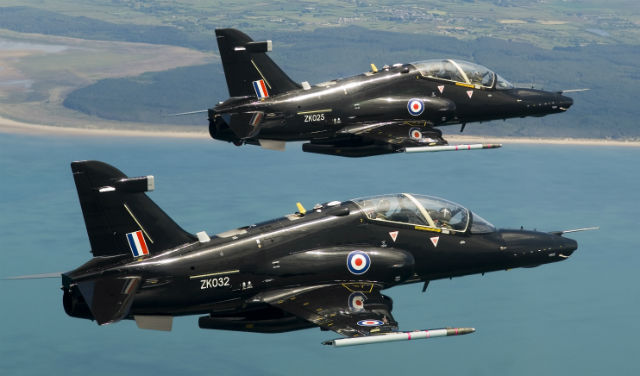 Operators of earlier Hawk variants include Australia, Bahrain, Canada, Finland and the United Arab Emirates, according to Flightglobal’s MiliCAS database. The US Navy also flies the ­Boeing/BAE T-45 Goshawk, which is derived from the same design. “Some competitors build a few airplanes, but nobody [has] anywhere close to [our] customer domain,” BAE says.

Aboulafia says Alenia Aermacchi’s T-100 – a derivative of its M-346 trainer – holds the middle ground. The aircraft are “very modern”, have “great flying characteristics” and will likely cost about $24 million each, he estimates. The M-346 (below) is powered by two Honeywell F124-200 turbofans, can pull 8g and reach 590kt at 5,000ft (1,520m), according to Alenia Aermacchi. The type is operated by Italy and Singapore, and has also been ordered by Israel and Poland. 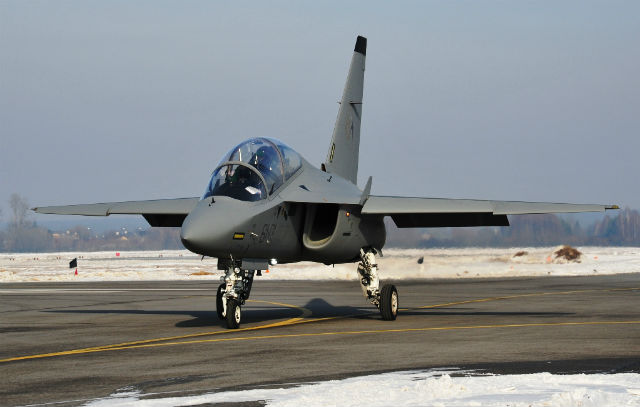 “It’s a good compromise,” says Aboulafia of the T-100. “The market has spoken to that. Israel and Singapore [are] two of the most prestigious militaries around.”

Little is known about the Boeing/Saab design, and Boeing refers questions to a press release issued last December.

“Teaming with Saab will bring together our’ formidable technical expertise, global presence and willingness to present an adaptable and affordable advanced pilot training solution,” says Boeing.