Russian Helicopters and AgustaWestland have quietly shelved plans to jointly develop a 2.5t rotorcraft, a senior executive from the Moscow-headquartered manufacturer has revealed.

Alexander Mikheev, general director of Russian Helicopters, says the decision was taken earlier this year not to proceed with the project – barely six months after the pair signed a heads of agreement for the programme at the 2013 MAKS air show.

"At the end of March we took a joint decision on not continuing to develop this project. The competitiveness [in this segment] is quite high, and we have decided not to proceed. We will now focus on other classes [of helicopter] and other projects," says Mikheev, speaking through an interpreter.

The companies continue to collaborate through their Moscow Tomilino-based HeliVert joint venture, producing the AW139 intermediate twin (below) for the Russian and CIS market, and discussions are under way to potentially deepen their relationship. 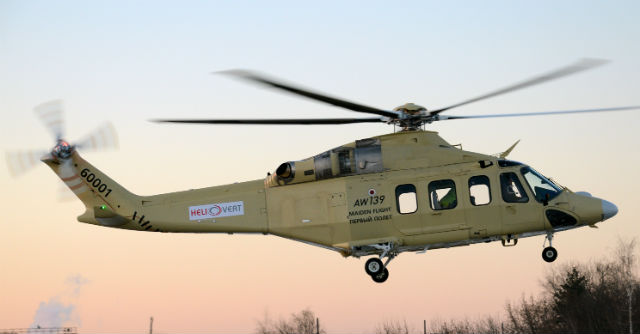 "We have got further plans, not only with regard to the development of helicopters, but with regard to strategic partnership in the future," says Mikheev. The talks have been "quite preliminary" so far, however, he adds.

Local media reports have hinted at a potential deal between Rostec – Russian Helicopters' parent – and AgustaWestland, which could see the Italian firm offered around a 25% stake in its joint-venture partner.