The Russian air force’s first of an eventual 39 Ilyushin Il-76MD-90A transports has emerged from the Aviastar SP production plant in Ulyanovsk, following the completion of equipment installation and fuel system tests. 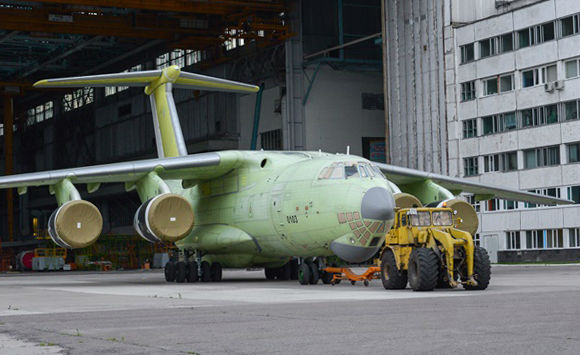 Following its painting by Spectr-Avia, the new airlifter will undergo ground and flight tests. “This year, the airplane will be delivered to the customer,” says Aviastar SP general director Sergey Dementiev.

According to the company, 13 of Russia’s new-generation Il-76s are now in various stages of production. Ordered in October 2012, the -90A variant will bolster an in-service fleet of almost 100 earlier-model transports operated by the nation’s air force.