Saab has received a contract worth around SKr576 million ($76 million) from Sweden’s Defence Materiel Administration (FMV) for the support and upgrade of 14 Gripen C/Ds operated by the Czech air force.

“The new agreement includes hardware modification of the aircraft and upgrade of system functionality that will deliver a continuing increase in capabilities,” says Saab. “Work to develop and adapt new mission software for Czech requirements begins immediately,” it adds, while “aircraft modifications will be implemented in about one year’s time”.

Prague – which has operated a fleet of 12 Gripen C fighters and two D-model trainers since 2005 – in May signed a 12-year lease extension agreement, which will see it continue to operate the aircraft until at least 2027. 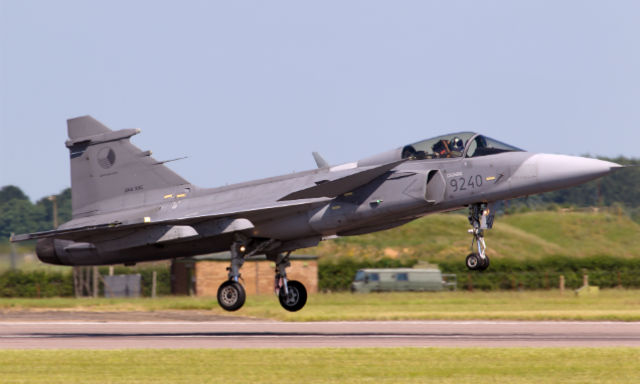