The first fuselage sections of test aircraft 39-8 have already come together in Linköping, demonstrating the benefits of its all-digital design, says Jerker Ahlqvist, head of the company’s Gripen business unit.

“The first sections are being put together in the workshops,” says Ahlqvist. “We put them together and they fit immediately – this shows we’re on the right track.” The aircraft is due to be rolled out during 2016, supporting a programme to deliver the first of 60 Gripen Es to the Swedish air force in 2019. 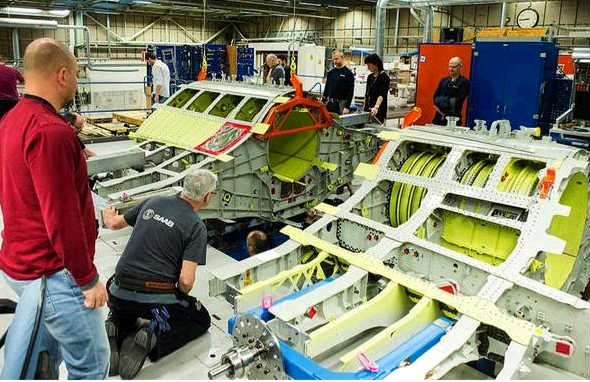 Also linked to the development is a two-seat demonstrator, which has now logged 281h in 315 flights.

Speaking during a Gripen seminar in Stockholm on 12 March, Ulf Nilsson, the head of Saab’s aeronautics business unit, said the final elements of a 36-aircraft deal with Brazil are expected to be in place by mid-year.

“It’s moving forward in a good way, according to plan when it comes to approving the financial solution and export licences,” he says.

Around 100 Brazilian engineers are due to arrive in Linköping by the end of 2015 to participate in training and airframe development activities, including those linked to a two-seat version of the fighter.

Under a progressive ramp-up of Brazilian involvement in the programme, Ahlqvist says “maybe 10 to 15” of Brazil’s 36 aircraft will undergo final assembly at Embraer. “They will have a full capability to manufacture Gripens in the future, and to create a fighter capability in Brazil,” he adds. 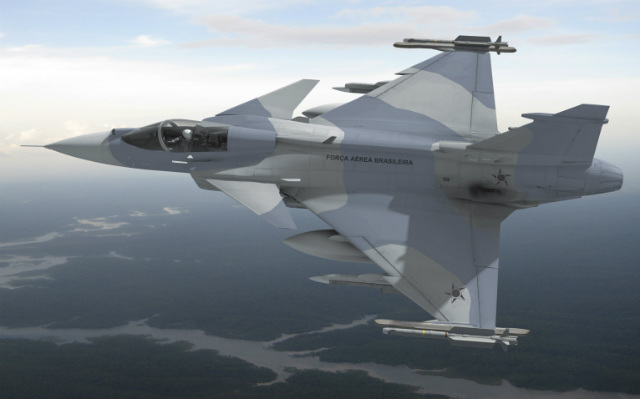 “Already we have seen the ‘Brazil effect’,” Ahlqvist says, with several of the nation’s neighbours “showing an interest” in the type.

“We have never had such a strong situation,” says Nilsson. “We have a business case where we can talk about 300 aircraft, and the potential to sell up to 450. We see good opportunities to have [additional] customers in the near future.

Meanwhile, Saab says Sweden is in negotiations with Slovakia linked to a potential deal to supply Gripen C/Ds to the European nation, with a decision anticipated later this year. Additional potential users in the region could include Bulgaria.