Salt Lake International airport in Utah has temporarily closed due to a magnitude 5.7 earthquake that rattled the Salt Lake City area early on 18 March. 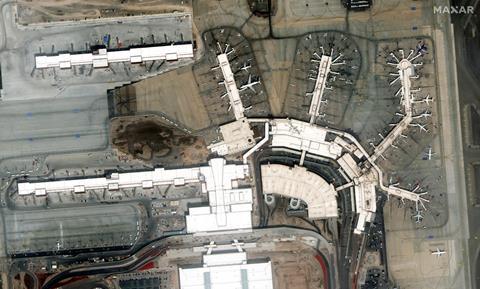 The earthquake, which was reported at 7:09 local time, occurred southwest of the city, with tremors felt up to 88nm (161km) away.

“The airport is currently not operational,” the airport says in a notice on its website on 18 March. “The FAA tower has been evacuated.”

Flights to the airport have been diverted and a Federal Aviation Admnisitration Notice to Airmen says it will reopen at 10:00 local time.