Garuda A330 veers off runway during taxi

A Garuda Indonesia Airbus A330-300 suffered a runway excursion while taxiing for take-off at Makassar’s Sultan Hasanuddin airport.

The incident occurred at 18:56 local time on 1 July. The aircraft, registered PK-GHD, was returning to Jakarta from Makassar, operating flight GA613.

The A330 was doing a 180° turn at the end of the runway to line up for take-off when it veered off Runway 21. Pictures on social media show the aircraft’s front wheels stuck in the surrounding grass patch. 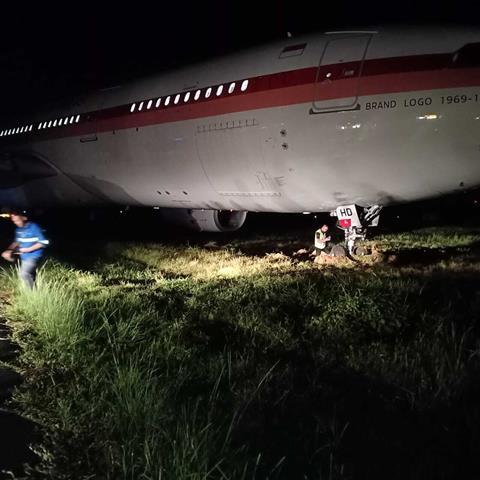 PK-GHD suffered a runway excursion while taxiing for take-off

Airport operator Angkasa Pura I states the runway had to be shut, as attempts to tow the aircraft out were carried out through the night. However, it adds that airport operations were unaffected, as its second runway – Runway 13/31 – was still operational.

None of the 14 passengers and 12 crew members were injured, it adds.

The incident is now under investigation by Indonesian aviation safety authorities.