LATAM Airlines cancels hundreds of flights amid unrest in Chile

LATAM Airlines was continuing to cancel domestic and international flights from Chile on 22 October as civil unrest affected operations from its main hub in the country.

LATAM Airlines was continuing to cancel domestic and international flights from Chile on 22 October as civil unrest affected operations from its main hub in the country.

The operator's website lists some 299 services that have been cancelled between 20 and 22 October. The vast majority are flights that touch Santiago International airport.

At around 07:00 local time on 22 October, FlightStats by Cirium was categorising Santiago International airport's delay status as "excessive" – its most severe rating.

"Given the current situation of demonstrations in Chile and today's curfew that affects the mobility of both passengers and company officials, LATAM Airlines Group has had to cancel 55 additional flights to and from Santiago during the early morning [of 22 October]," the airline said in a statement released on the evening of 21 October. 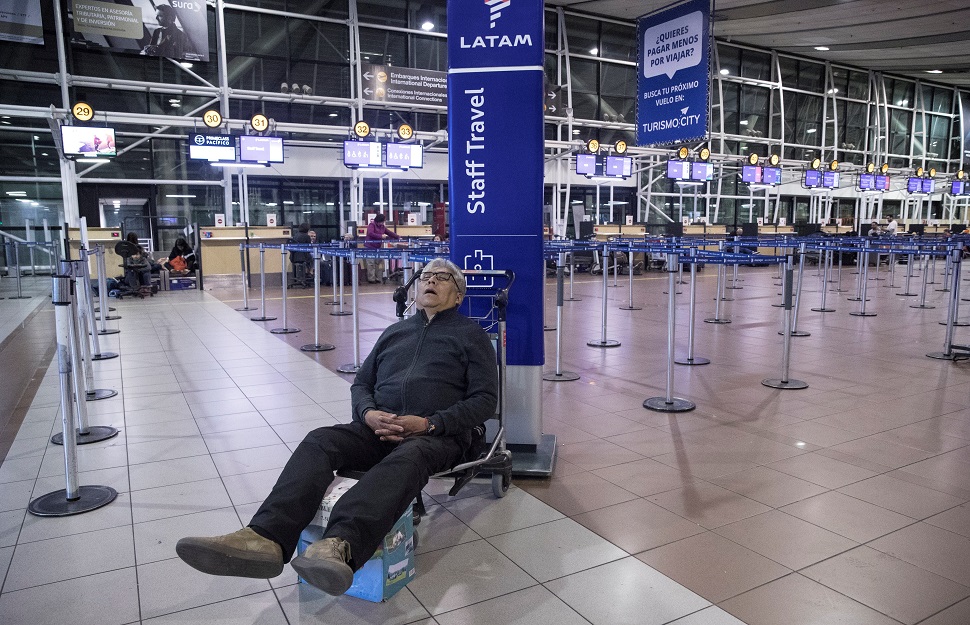 There have been delays and cancellations at Santiago International airport

LATAM is offering customers the option to rebook any flights from Chile's airports that were due to depart on 20-24 October.

Chile's government declared a state of emergency on 19 October, covering Santiago and many other regions of the country, after widespread looting and rioting in recent days.

Curfews were announced that began on the evening of 21 October and were due to end early on 22 October.

Media reports suggest the unrest was prompted by an early October government proposal to increase subway fares – a move that was said to have inflamed tensions around perceived inequality among the country's population. Reports also state that several people have died as a result of the unrest.

President Sebastian Pinera cancelled the proposed metro fare increase on 20 October, calling for a "dialogue to listen to the citizens' demands".