The aircraft involved in the incident took off from Toronto as flight 8615 but returned to Toronto due to poor weather at its destination of Sudbury.

The fuel truck struck the aircraft while it was taxiing at about 01:36 local time. 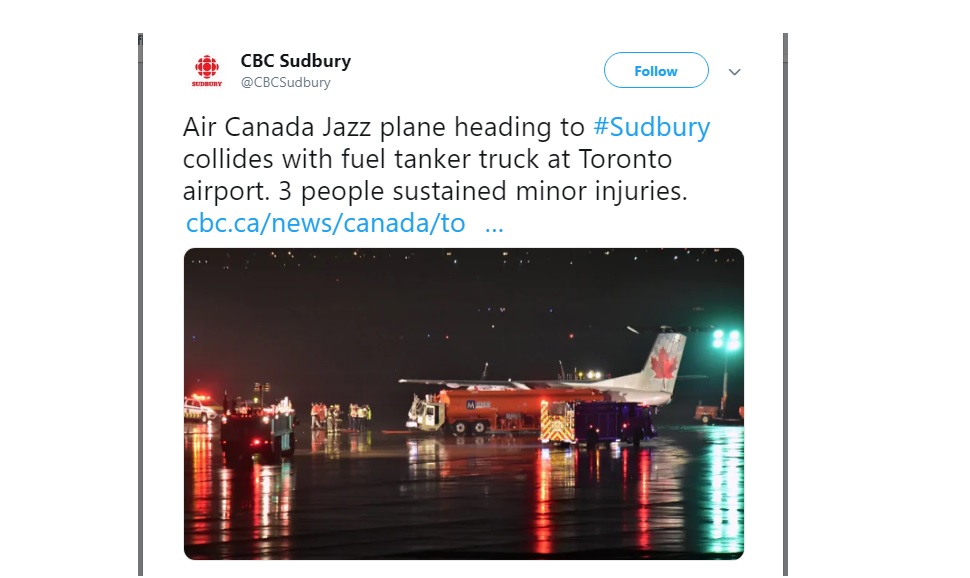 “An arriving Air Canada Jazz aircraft came into contact with a Menzies fuel truck on the ground at Toronto Pearson while taxiing on the apron,” says Jazz in a statement. “Airport emergency services responded, and passengers and crew evacuated safely.”

“Five individuals have sustained minor injuries. All were transported to hospital,” the airline adds. 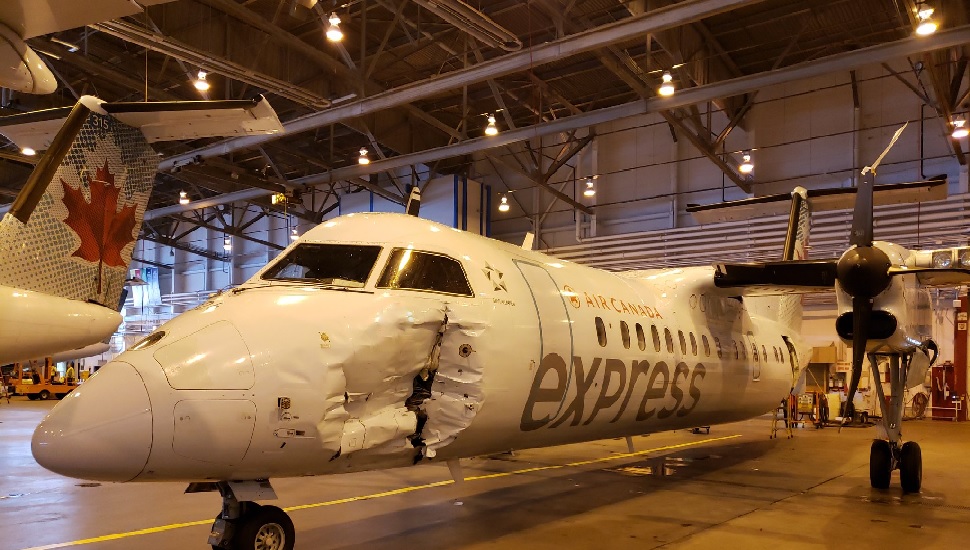 Transportation Safety Board of Canada

A passenger reported that the truck hit the front of the Dash 8 before also hitting the rear of the aircraft, according to Canadian news agency CBC.

The Transportation Safety Board of Canada has deployed a team of investigators to the Toronto airport.