A Myanmar National Airlines (MNA) Embraer 190 regional jet has been forced to make an emergency landing without its nose-gear in Mandalay.

Video on social media shows the aircraft, which bears registration XY-AGQ and has serial number 19000231, approach and then land without its nose-gear deployed. Apart from sparks and smoke caused by friction, there was no fire.

The aircraft was operating flight UB103 on the Rangoon-Mandalay route on the morning of 12 May. 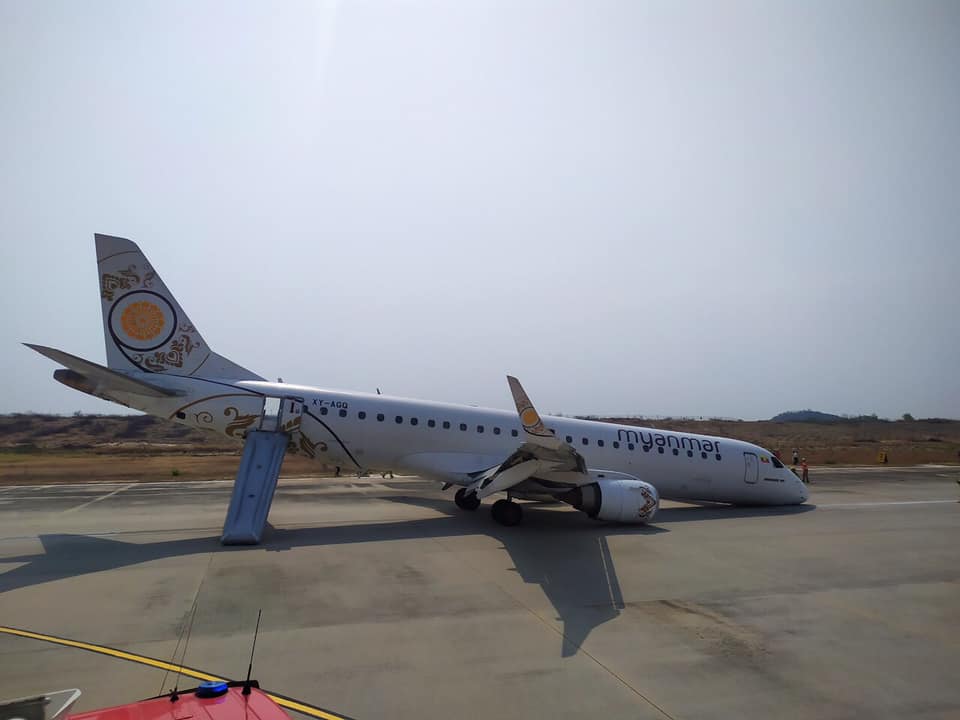 Images on MNA’s Facebook page show the rear slides deployed, as well as the front slide on the left side of the aircraft. Fire crews doused the engines as a precaution following the landing.

Media reports indicate that 82 passengers and seven crew evacuated safely. The airline had not responded to FlightGlobal’s requests for more details at the time of publishing. 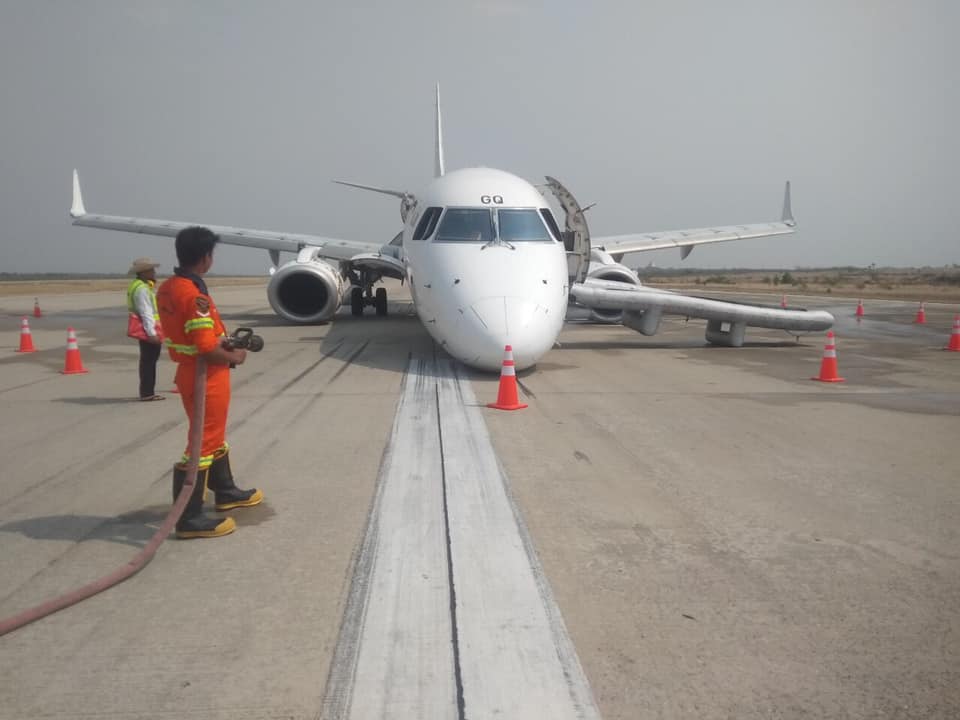 Cirium’s Fleets Analyzer indicates that XY-AGQ is managed by GECAS and is powered by two General Electric CF34 10E6A1 turbofans.

The aircraft has been in service since 2008, serving with SkyAirWorld and Republic Airways before joining the Myanmar National Airlines fleet in 2012.