South Korea has temporarily banned all operations of Pratt & Whitney PW4000-powered Boeing 777 aircraft within its airspace.

A NOTAM issued on 24 February indicates the ban is in place until 24 May. 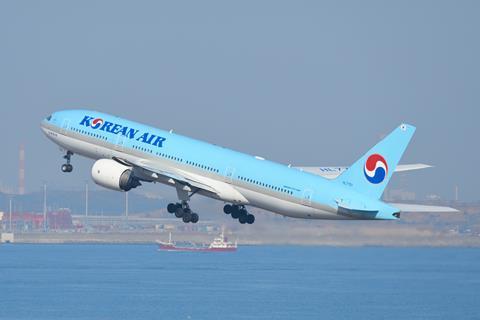 South Korea’s Ministry of Land, Infrastructure and Transport had on 22 February ordered local airlines to check the engines of such aircraft, according to an English-language report by local news agency Yonhap, dated 24 February.

This follows similar orders by the UK on 22 February and Japan on 21 February, each imposing a three-month ban.