US airline executives have met with administration officials at the White House to lobby against a possible coronavirus testing requirement for all domestic air travellers.

Airlines have been wary of such plans since an official at the US Centers for Disease Control and Prevention (CDC) revealed that the agency was actively looking at expanding the requirement to domestic flights, in late January.

The US government has required Covid-19 tests for inbound international travellers since 26 January. Those passengers must present negative coronavirus test results (that are less than 72h old) before being permitted to board aircraft bound for US airports. 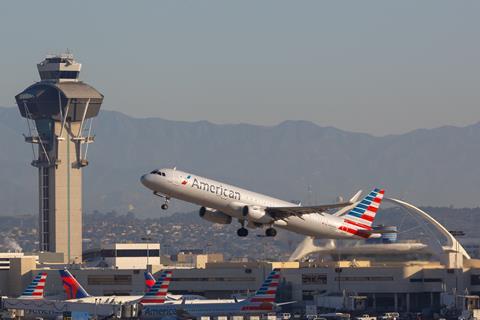 “We appreciated the opportunity to meet with the administration this morning,” says Nicholas Calio, chief executive of trade group Airlines for America (A4A) on 12 February. “We had a very positive, constructive conversation focused on our shared commitment to science-based policies as we work together to end the pandemic, restore air travel and lead our nation toward recovery.”

On 29 January, a coalition of travel industry lobby groups and unions, including A4A, had urged the new US administration to reject a coronavirus testing mandate for domestic air travel. More than 20 trade organisations wrote in a letter to the government’s Covid recovery team that such a measure would be superfluous and could cause further economic hardship.

In the past weeks, airlines and unions have repeatedly stressed their opposition to implementing testing for travellers within the US.

“International travel demand is down as much as 48% since the implementation of a pre-departure testing requirement,” the union writes. “Decreases in domestic travel demand would run even higher as the cost of testing in many cases would exceed the cost of travel.”

“This reality would simply cause travellers to choose an alternative method of travel with a much greater probability of exposure,” the union says. In addition, it would “overwhelm testing and lab resources” and draw resources away from institutions and organisations that need them more.

In late January, several airline executives railed against the same threat during earnings calls, saying the burden for airlines would be cumbersome and expensive. Many airlines have said they have seen cancellations rise and bookings decrease after the new mitigation measures were announced.

Meantime, in Canada, legacy carrier Air Canada has come out in favour of broad-based testing across that country to replace the current strict 14-day quarantine requirement – for all international and some domestic travellers – that has been in effect since March 2020.

During the airline’s earnings call on 12 February, chief executive Calin Rovinescu said a more-rigid testing regime might allow the government to relax some travel restrictions that have been in place for almost a year.

The airline has suspended numerous flights to the US and international destinations in Europe, Latin America and the Caribbean, as well as to Asia. The flight suspensions are due to last until 30 April.