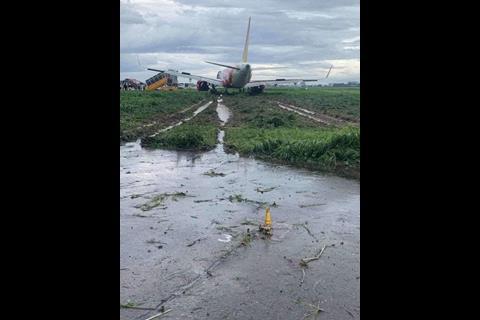 The aircraft plowed trough several metres of mud before stopping. 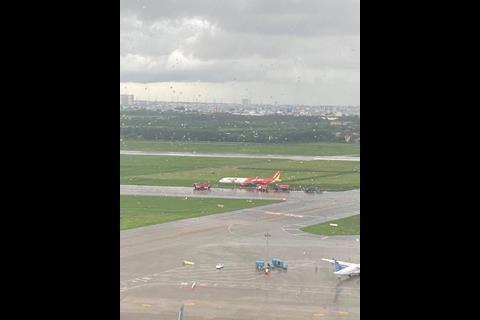 The A321 had operated a flight from Phu Quoc Island 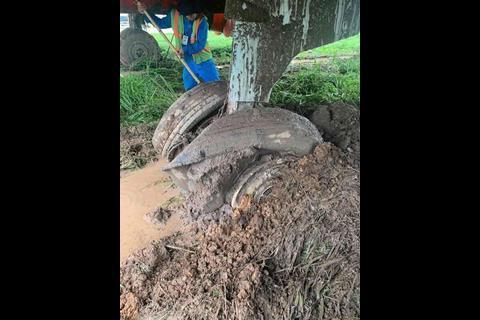 The right-side rear undercarriage was nearly buried in mud 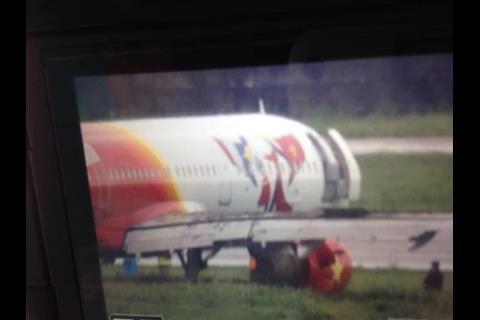 The right-side CFM56 engine also appears to have plowed through the mud.

Images obtained by FlightGlobal indicate that the aircraft (VN-A657, MSN8215) plowed through several metres of muddy ground before coming to a stop, with the right-side of its main undercarriage nearly buried in mud.

The outer layer of its right-side tyre also appears to have been sheared off.

The aircraft’s right-side CFM International CFM56 engine is also resting in the mud.

Images suggest rainy, wet conditions in Ho Chi Minh City, and the weather data for the airport for the time of the arrival lists rain showers, with thunderstorm activity and gusting winds in the vicinity.

The aircraft appears to have conducted its approach to runway 25L. NOTAM information for the airport states that 25L/07R is not available for departures or arrivals, owing to the “disabled aircraft” on the runway.

The aircraft had just operated flight VJ322 from Phu Quoc island in the south.

”The airplane, passengers and crew are all safe,” says VietJet. ”All passengers were disembarked and transferred to the airport’s arrival terminal as normal.”

Cirium fleets data indicates that VN-A657 was delivered in March 2018, and is managed by China’s CCB Financial Leasing.