Saratov Airlines has suspended operations with Antonov An-148s following the fatal crash involving one of its aircraft on departure from Moscow.

None of the 71 occupants of flight 6W703 to Orsk survived after the twinjet came down on 11 February.

Saratov Airlines says it has opted to "suspend temporarily" the remaining five An-148s in its fleet.

The carrier introduced the ill-fated jet (RA-61704) to its fleet in February last year.

Saratov Airlines says it passed a C-check in January which included "careful inspection" of the wings, engines and airframe structures, in co-operation with Ukrainian powerplant manufacturer Motor-Sich. 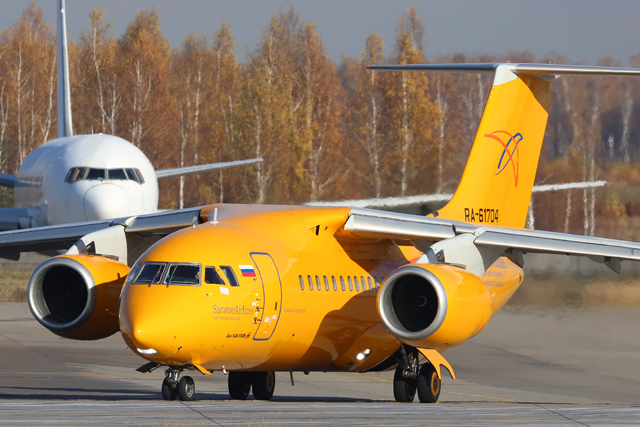 It states that the aircraft underwent a routine check before the departure to Orsk from Moscow Domodedovo, which "did not reveal" any issues or concerns, and points out that the aircraft had already flown several sectors on the same day – including services from Penza and Saratov.

The airline says a new crew took over for the Orsk flight.

The crew of six included two technicians who had inspected the jet before departure, says Saratov Airlines.

Russia's federal Investigative Committee says the impact location, near the village of Argunovo, has been determined, while the emergency situations ministry states that first responders found a crater measuring some 7m by 4m, with a depth of 1.5m at the site.

Access to the site, a field covered by deep snow, has proven difficult for large vehicles and investigators have been using a fleet of unmanned aerial vehicles to survey the debris distribution.