South Korea has raised concerns about the price of the Northrop Grumman RQ-4 Block 30I Global Hawk unmanned air vehicle and could open a tender for a high-altitude, long-endurance (HALE) system.

An industry source said that the country's Defense Acquisition Program Administration "has indicated that price is an issue".

Seoul could issue a request for proposals for the requirement, but there is no timeframe for this. Earlier this year, sources indicated that the acquisition of four Global Hawks and a ground station would cost South Korea $850 million, with two aircraft to be delivered in 2015 and two in 2016.

The Block 30I Global Hawk is less capable than the USAF's Block 30, as it lacks the latter's communications intelligence and signals intelligence payloads. 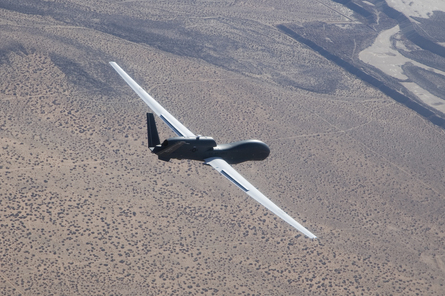 At the Seoul air show in October, Northrop declined to comment on the $850 million figure. It said the ultimate cost will be determined by the US government, with any sale to be conducted under its Foreign Military Sales mechanism.

Another option South Korean media reports have mentioned is the AeroVironment Global Observer, a hydrogen-powered HALE aircraft being developed for the US Special Operations Command.

In September, US government officials said Washington decided to remove the Global Hawk from the Missile Technology Control Regime agreement in the case of South Korea. They did this on the basis that the aircraft is not a weapon, but rather an ISR platform.