South Korea could issue a request for proposal for its F-X III competition for 62 fighter aircraft as soon as next week.

An industry source indicates that the RFP could be issued on 16 February, although Seoul's Defence Acquisition Program Administration has not given a specific date.

Four aircraft are likely to compete in the F-X III competition: the Boeing F-15 Silent Eagle, the Lockheed Martin F-35, the Eurofighter Typhoon, and Sukhoi PAK FA. The RFP could also include a section dealing with the various contenders' offset proposals for helping Seoul with its indigenous KF-X programme.

Industry observers have said that the favourites to win the competition to replace Seoul's McDonnell Douglas F-4 Phantoms are the F-15SE and F-35. They say Seoul's historic defence relationship with Washington will favour the two American aircraft. The Typhoon is viewed as an outsider, while the PAK FA is seen as having virtually no chance of winning.

One factor that could influence Seoul's decision is Japan's recent decision to obtain the F-35 over the F/A-18 E/F Super Hornet and Eurofighter to fulfil its 42 aircraft F-X requirement. Some industry observers have said that Seoul will be heavily influenced by Japan's decision, others that its impact will be negligible. 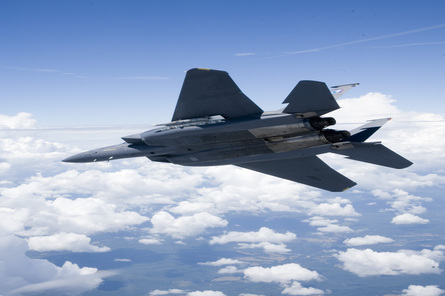 At the Seoul Air Show in late 2011, Boeing and Lockheed Martin stressed different missions for F-X III. Boeing said its F-15SE offers enough stealth for operations early in a war, and can then, when stealth is no longer needed, be quickly configured to carry a heavy payload of standoff ground attack weapons. Lockheed stressed low altitude missions in enemy territory where the F-35's stealth capabilities would be of great utility.

Korea Aerospace Industries is in the second year of a technology development phase for KF-X, an aircraft that is being designed replace the F-4 and F-5. KF-X will be a medium sized fighter, that KAI has said will be in the "KF-16 class."

Seoul has already signed Indonesia as a 20% partner on the programme. Jakarta's involvement in the project could affect the transfer of technology F-X III bidders are willing to offer for the KF-X programme.