Korean Air has selected Pratt & Whitney PW1100G engines to power its fleet of up to 50 Airbus A321neos, the first of which is scheduled for delivery next year.

The SkyTeam carrier is also in talks with the engine maker to become part of the geared turbofan’s maintenance network. 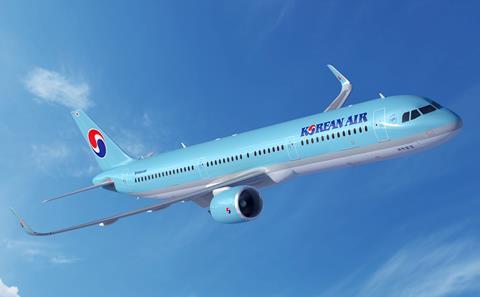 Korean Air currently has 10 A220s in operation, all of which are powered by PW1500Gs.

Soo-Keun Lee, chief operating officer at the Seoul-based airline, says: “Joining the GTF MRO network is a significant milestone that will allow Korean Air to enhance its MRO capability.”

Cirium fleets data shows the carrier has 30 A321neos on firm order, with a further 20 on option.