Slovakia to operate C-27J Spartans from 2016

Slovakia’s signature on a production contract for two C-27J Spartan medium transports has brought to an end an almost six-year process to finalise the deal with Alenia Aermacchi. 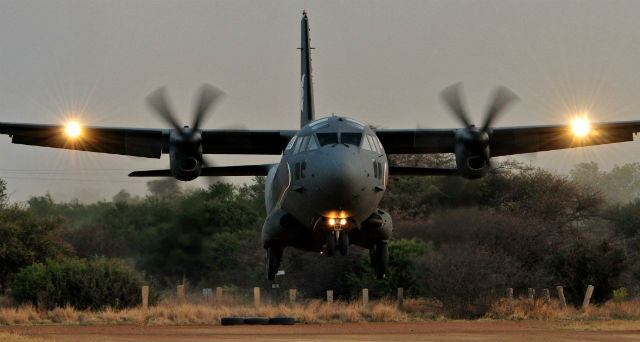 Deliveries will take place in 2016 and 2017, according to the Slovak defence ministry, with the new aircraft to replace the air force’s existing pair of Antonov An-26 transports.

The process of replacing Slovakia’s Soviet-era airlift fleet was initiated following the crash of an An-24 in Hungary in January 2006. A total of 42 people died in the accident, including a contingent of peacekeeping troops returning from duty in Kosovo.

“The Slovak armed forces intend to increase their contribution within NATO, and the C-27J Spartan is the fundamental means to assure full interoperability with other bigger-size heavy airlifters used in international coalitions,” says Alenia Aermacchi.

According to the Italian airframer, a total of 78 Spartans have been sold to 12 nations. Flightlobal’s Ascend Fleets database records 48 of the type as currently operational with the armed forces of Bulgaria, Chad, Greece, Italy, Lithuania, Mexico, Morocco, Romania and the USA. The company’s confirmed orders also include sales to Australia, Peru and Slovakia.