The parent company of Alaska Airlines and Horizon Air reports revenue of $2.8 billion – more than in any quarter in company history –“despite the impact of exceptionally high fuel prices and multiple new labour contracts”, chief executive Ben Minicucci said during a 20 October conference call.

Passenger load factors exceeded 2019 levels every month of the quarter, the company says. Unit revenue (measured in revenue per seat per mile) jumped 27% over the same quarter in 2019, “which we believe was the best in the industry and underscores that our commercial initiatives are delivering”, Minicucci says. 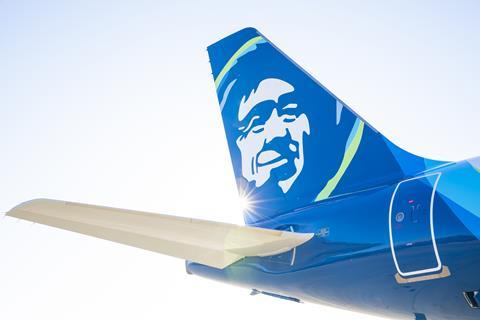 “We ran an industry-leading operation with completion rates over 99% every month,” he says. “We set a new revenue record, and our double-digit pretax margin will likely lead the industry. Alaska and Horizon also ratified three major labour deals. This is a strong foundation that we look forward to building on in 2023.”

Amid the industrywide pilot shortage, Alaska recently “became the first major airline to reach a deal with its mainline pilot group”, Minicucci adds.

On 17 October, 3,300 Alaska Airlines pilots represented by the Air Line Pilots Association, International (ALPA) voted in favour of a new three-year contract that includes wage increases of up 23%, depending on length of service.

The new labour agreements added $35 million in costs “that were not in our original guidance”, chief financial officer Shane Tackett says.

On balance, Alaska held $3.2 billion in unrestricted cash and marketable securities as of 30 September, “providing us two times the cash we need to run our business and ample funds to pay for our Boeing aircraft deliveries over the next year”, Tackett says.

Looking ahead to the fourth quarter, Alaska anticipates revenue will be 12-15% higher than in the comparable 2019 period, despite the expectation that passenger capacity will be significantly lower.