BOC Aviation reported 100% aircraft utilisation for the three months ended 31 March 2020, though lease payment collection rate for the period was 94%.

Data from the company’s historical stock-exchange filings show that since 2008 – the first full-year the company operated as BOC Aviation after Bank of China acquired Singapore Aircraft Leasing Enterprise in 2007 – its collection rate was at its lowest in 2019, at 96.9%. 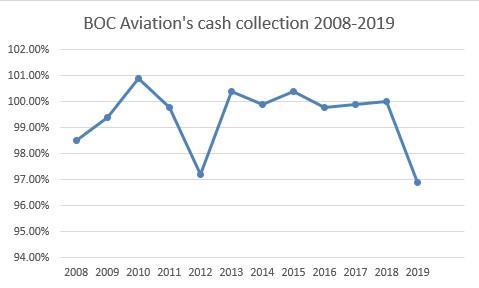 In the recently concluded quarter, the lessor signed purchase agreements for 48 aircraft, of which 38 have already been placed on long-term leases. 10 Airbus A320neos have yet to be placed and these are due to be delivered in 2023-2024.

At quarter-end, the lessor had 567 aircraft in its portfolio, comprising 323 owned, 40 managed and 204 on-order aircraft. Its owned portfolio has an average age of 3.4 years and an average remaining lease term of 8.5 years. 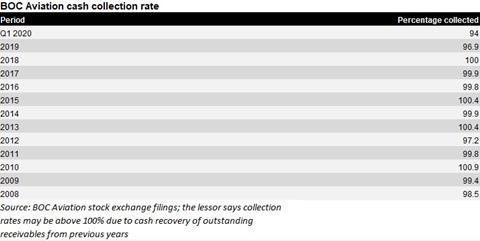 As at 31 March, BOC Aviation has $3.6 billion in available liquidity. During the first quarter, the company raised additional $1.3 billion in financing from the loan and bond markets and repaid more than $950 million of bonds on schedule under its global medium-term note programme.

Phang Thim Fatt, chief financial officer, says: “We also increased the limit of [the note programme] to $15 billion from $10 billion, which provides us with the flexibility to continue accessing the debt capital markets for our future funding needs and supports the growth of our business.”