It is a mistake to believe that business travel demand will be fundamentally altered by the Covid-19 pandemic, even if its recovery will lag the return of leisure markets, according to United Airlines chief executive Scott Kirby.

Acknowledging that his view ”is not the consensus” and that “almost everyone disagrees”, Kirby states during a CAPA Live event today that predictions regarding the “death of business travel” are likely to be proven wrong, and that is ”ultimately” going to come back.

“People were having this conversation 20, 25 years ago when video conferencing first started,” he states. “It was wrong then and it’s wrong [today].”

Rather, he describes the situation as “a question about human nature”.

Business travel “is not transactional”, he explains. “It’s about relationships.”

He cites the theoretical example of “the first time someone loses a sale to a competitor who showed up”. That would be “the last time you would do a sales call on zoom”, Kirby believes. 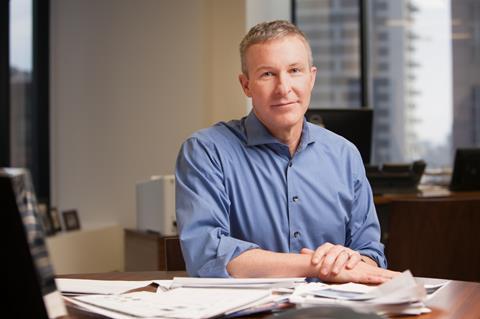 He continues: “Going to an event… and socialising with people and having drinks – that’s how you get to know people.”

Kirby further explains that United’s “different view of the recovery” is reflected in its outlook for international travel and its consequent fleet strategy.

As with its prediction on business travel, in April last year United “also concluded that our best guess was that international travel was also going to come back”.

That return would be slower to materialise than the bounceback in domestic traffic, but “once borders come down, international travel is going to come back even stronger than domestic travel”.

Therefore, while “every other large global carrier retired big chunks of their widebody [fleets]… we are 5% larger on the widebody fleet than we were when the pandemic started”.

Furthermore, he reiterates United’s belief that the loss of Norwegian from the transatlantic market will have a positive impact on the economics of services on that sector. At the same time, Kirby is unconcerned by the relatively small competitive challenge presented by JetBlue Airways’ plans to begin transatlantic flights later this year.

United has much riding on its different interpretation of the industry’s recovery prospects, with Kirby explaining that the carrier faced “probably the largest headwind” among US airlines going into the Covid-19 crisis, as “the biggest business airline, [operator of] the largest coastal gateways, [and being] by far the largest international airline”.

Those are “all places that got hit hardest”, Kirby states, citing the carrier’s early response to the approaching crisis as crucial to its ability to recover quickly.

United said in January that it expects to exceed its 2019 profit margin by 2023, based on the widespread rollout of vaccines enabling the return of international markets later in 2021.