​China Airlines to pump up to $68 million into Tigerair Taiwan

China Airlines, which owns 69.45% of Tigerair Taiwan, describes the purpose of the injection as a “long-term equity investment”, a 6 August filing to the Taiwan Stock Exchange shows. 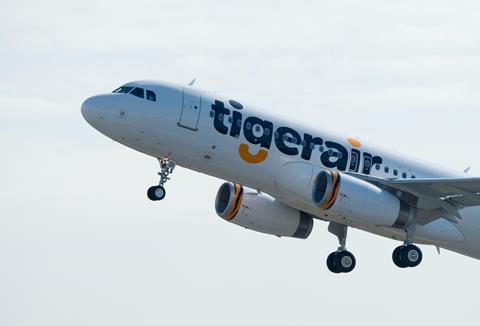 The investment is pending a follow-up resolution of Tigerair Taiwan’s board of directors to confirm the number of shares to be issued and the price per share, the filing adds.

The airline launched in September 2014, with China Airlines holding a 90% stake and the remaining 10% with Singapore-based Tigerair. China Airlines bought out Tigerair’s stake in December 2016.

In December 2019, Tigerair Taiwan debuted its shares on the Taipei Exchange’s Emerging Stock Board, a preparatory board for the nation’s two main bourses, according to a 12 December article in local newspaper Taipei Times.

Tigerair Taiwan has a fleet of 11 in-service and stored aircraft, all Airbus A320s, Cirium fleets data show. Two are leased from BOC Aviation, two from CDB Aviation, one from Goshawk, four from ICBC Leasing, one from Jackson Square Aviation and one from Singapore Airlines subsidiary Scoot.