China Eastern Airlines intends to raise up to CNY15 billion ($2.2 billion), with the bulk of funds going towards the delivery of 38 new aircraft.

It will raise the funds through a non-public share issuance, the airline states in a stock exchange filing on 10 May. 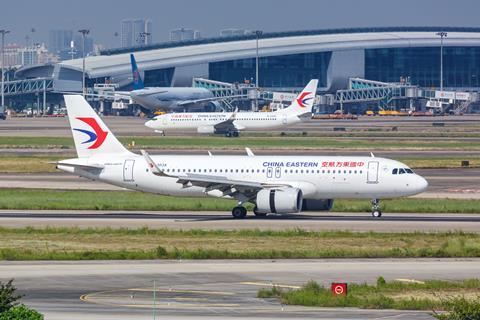 The shares will be issued to “specific subscribers”, which will amount to no more than 35 investors, the airline adds. China Eastern parent CEA Holdings, which owns over 56% of the airline, is expected to subscribe to the newly-issued shares.

Of the CNY15 billion raised, around CNY10.5 billion will fund the aircraft deliveries, while the remainder will used to supplement its working capital.