Copa Holdings, the parent of Panama’s Copa Airlines, says the first quarter of 2022 was profitable, but higher jet fuel prices will weigh on earnings during the next few months.

“Thanks to the recovery in demand following the impact of the Covid-19 Omicron variant, and despite higher fuel prices, Copa Holdings reported a profitable quarter,” the Panama City-based carrier says on 11 May. “These results also reflect the company’s ability to increase capacity while operating with low unit costs.” 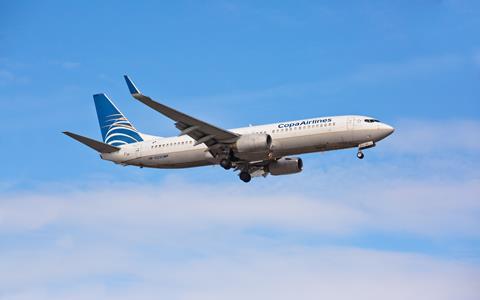 Copa, which operates an all-Boeing 737 fleet, says it was forced to cancel 4% of its flights during the period due to Omicron-driven staff absences.

Capacity as measured in available seat miles (ASMs) in the first quarter was about 88% of the same quarter in pre-pandemic 2019. That’s up more than four percentage points from the final quarter of 2021.

While it expects capacity to rise to 96% of second-quarter 2019 ASMs, Copa is mindful that higher jet fuel prices will weigh on earnings. The company adds that the three months between April and June are also traditionally low travel months.

For the full year, Copa expects to operate approximately 98% of 2019 ASMs.

Copa Holdings will hold a webcast on 12 May to give more details about its earnings and outlook.