European Commission regulators are proposing extending by a further six months and widening the scope of the temporary relaxations around state aid rules under which a string of airlines have been supported through the global pandemic.

As the coronavirus crisis hit the Commission introduced, through three separate amendments, temporary measures easing state aid rules around areas such as recapitalisation, sub-ordinated and the protection of jobs. These relaxations were due to expire at the end of the year, aside for recapitalisation measures that could already be granted until 30 June 2021. 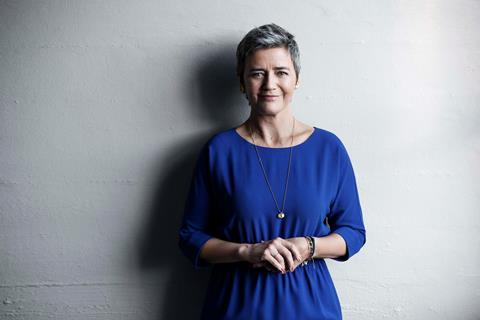 Countries across Europe have provided supported for struggling airlines, among the hardest hit sectors from the pandemic, under the temporarily relaxed state aid rules.

Amid the rise in virus cases across Europe, now competition commissioner Margrethe Vestager is proposing extending these measures until next summer - and expanding their scope.

The Commission says the objective of extending existing provisions is to enable member states to support businesses during the coronavirus crisis, especially where the need or ability to use the temporary framework has not fully materialised so far.

But citing “the continued economic uncertainty and the needs of businesses with significant turnover losses”, it is also proposing extending the scope of temporary framework to enable member states to contribute to the fixed costs of companies that are not covered by their revenues.

”Supporting these companies by contributing to part of their costs on a temporary basis aims at preventing the deterioration of their capital, maintaining their business activity and providing them with a strong platform to recover,” it says.

The Commission is also adapting the conditions for recapitalisation measures under the temporary framework, in particular for the state’s exit from company’s where it was already a shareholder prior to the recapitalisation.

”The proposed changes would allow the state to exit from the equity of such enterprises through an independent valuation, whilst maintaining the safeguards to preserve effective competition in the single market.

”Over the past seven months, our State Aid Temporary Framework has paved the way for almost €3 trillion ($3.5 trillion) of member state potential support to businesses hit hardest by the coronavirus crisis, ” says Vestager.

”The effects of the crisis will stay with us for a while. That’s why we are proposing to prolong the Temporary Framework until mid-next year and adjust it to continued needs of businesses, while protecting the EU’s Single Market. We will decide on the way forward taking into account the views of all member states.”