The shutdown of transatlantic markets to European airlines is plunging the continent’s airlines into crisis and could threaten a wave of bankruptcies across the sector, analysts warn.

“We are in unprecedented territory,” notes Rob Morris, head of consultancy Ascend by Cirium. “For an airline with established transatlantic networks, this punch will put them to the floor. Airlines are going into survival mode – the name of the game is to still be here at the end.” 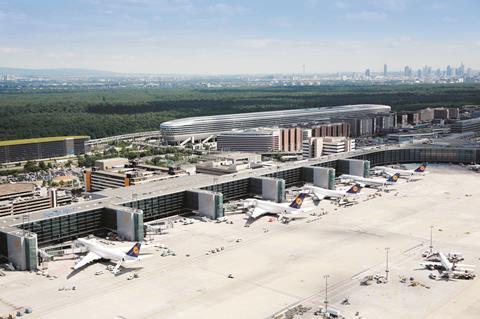 This crisis is “incomparable”, agrees JLS Consulting director John Strickland. “I don’t want to use inflammatory language, but it is a crisis that it is difficult to find comparison for.” In contrast with previous crises such as post-9/11 or the Icelandic volcano, the shutdown from Covid-19 threatens to be much more prolonged, he foresees.

The initial hit for Europe’s carriers will be severe. While transatlantic services represent relatively few of the flights operated by Europe’s largest carriers, larger aircraft mean they represent a greater share of seats. Cirium schedules data shows that for Air France, for example, the carrier was scheduled to operate 116 return weekly flights to the USA in March, spanning 38,178 seats and some 166 million available seat-miles. That equates to 1.6% of the carrier’s flights but 5.1% of seats and 8.5% of ASMs .

Lufthansa Group is since said it is confining its US-bound operations to three destinations – Chicago, Newark and Washington – in response to the Trump administration’s planned transatlantic restrictions.

Cirium schedules data shows that Austrian Airlines, Brussels Airlines, Lufthansa and Swiss together serve around 20 US destinations under the current schedule.

The US travel ban on passengers from Schengen-area European countries is set to become effective on 13 March.

All other US flights by the group – including services from Munich, Dusseldorf and Geneva – will be suspended “until further notice”, Lufthansa says.

The loss of transatlantic services will be felt because these routes attract a high number of business-class passengers who generate a large chunk of airline revenues.

Airlines face difficult decisions over fleets, such as which aircraft to operate given the level of passenger no-shows and a need to preserve cash. In turn, this affects crew requirements and costs.

Compounding the problem are the wider impacts of the coronavirus, which is causing cancellations of short-haul flights within Europe. Large markets such as Italy are now almost entirely shut down.

In this situation, “cash is king”, observes Morris. Airlines will take all available steps to rein in spending. Strickland highlights that airlines are already asking airports to defer fees, while lobby group A4E has called on governments to defer or waive aviation taxes and class the coronavirus as an “extraordinary circumstance” under the EU261 compensation legislation.

“To be clear, airlines will continue to look after our passengers and our staff as best as we can under the circumstances – but immediate action to alleviate the impact of this crisis on our sector is greatly needed,” says A4E.

Seasonality is the norm for airlines, who traditionally bleed cash over the winter months and accumulate it during the summer. Coronavirus is upending this. After airlines’ cash piles were drawn down amid the winter, coronavirus now threatens to impact peak booking season, preventing them building up their reserves for next year.

“Airlines are coming out from a difficult winter into the key summer booking season, which is obviously not happening now, and it’s pretty much impossible to predict what will happen. It won’t be a normal summer season, even if [coronavirus] has passed,” says Strickland.

Even if the virus subsides and relative normality can be returned within a couple of months, “that cash pile will be worn down”, notes Morris.

In these circumstances, several factors will govern whether airlines can survive: the amount of cash they have to hand, whether they have government owners that can assist, and whether they can access to cash funding through other means. “Airlines that don’t have cash, ways of accessing liquidity, are going to struggle,” warns Morris. “Everyone is potentially failing.”

Companies that repeatedly returned to the capital markets in order to raise cash even when economic conditions were benign, such as Norwegian, could face extreme difficulties in maintaining operations, analysts have suggested.

In a note issued today, HSBC highlights that 46% of Norwegian’s traffic is to and from the US market: “Whilst this demand was already extremely weak, as Covid-19 impacted confidence, we think it will come close to drying up altogether.”

Downgrading its expectations for the company, HSBC comments: “We now expect Norwegian to face cash-flow challenges in the near term. Suppliers will likely take a very cautious view towards Norwegian, exacerbating cash challenges. The likelihood of airlines being able to raise significant amounts of new equity in the present environment does not look high.”

As airlines struggle, cash-flow problems could be passed down the supply chain, Morris points out: “European airlines are seeking rent holidays [from lessors], which is fine as long as [the lessor] has capital.”

Like their customers, highly leveraged lessors that are not backed up by well-capitalised parents could find their liquidity strained.

This analysis is written by Jon Robins, part of Cirium’s London-based reporting team. This story has been updated to include Lufthansa’s announced US capacity cuts