Hainan Airlines Holdings has gained the crucial green light from a local court for its restructuring plan, which will see it merge with 11 smaller airlines into a single carrier.

In giving its approval, the Hainan High People’s Court ruled on 31 October that restructuring “complies with…the principle of maximising creditors’ interests” and was a “feasible” option. 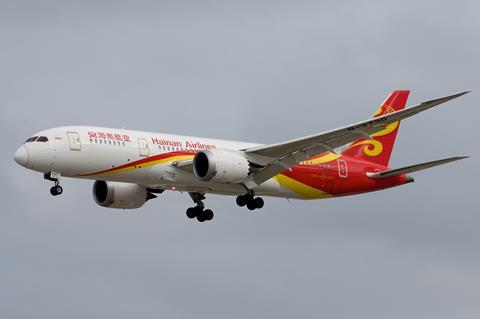 The merger of the 11 entities into one carrier was first floated in September after a “comprehensive investigation” into parent conglomerate HNA Group and its wide-ranging and often-murky corporate structure.

Restructuring managers found that the connected transactions between the 11 carriers were “complex”, and that the creditors were seeking large amounts of claims. Previous reports indicate that the airlines owe close to CNY400 billion ($82 billion) to more than 4,900 creditors, according to the filing.

News of the court approval comes a week after HNA Group creditors voted to greenlight four plans relating to restructuring, including Hainan Airlines Holdings’ plan to merge with 10 other sister carriers.