“We couldn’t be happier to welcome Jason back,” Horizon president Joe Sprague said on 5 January. “Adding talented operational leaders like Jason is great for our business and it’s important for our long-term success at Horizon and Alaska. On a personal level, he is a fantastic person, he gets Horizon and he knows our culture, and I’m excited to work with him again.” 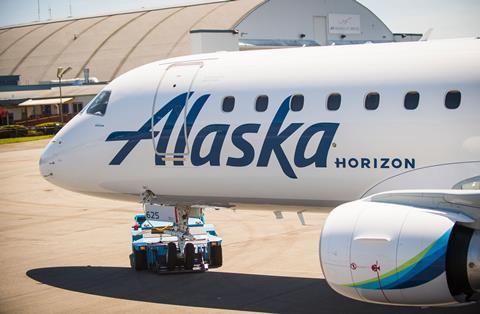 A 27-year veteran of the airline industry, Berry led Alaska Air Cargo from 2012 to 2019 and had a two-year stint as president of Alaska Airlines subsidiary McGee Air Services, which provides ground handling, aircraft cleaning and check-in and gate services. He returns to Alaska Air Group after two years as vice-president of Air Canada Cargo.

Horizon is a subsidiary of Alaska Air Group. With offices in Seattle and a maintenance base in Portland, Oregon, Horizon flies throughout western North America with a fleet of 31 Embraer E175s. It expects deliveries of 10 additional E175s in 2023.