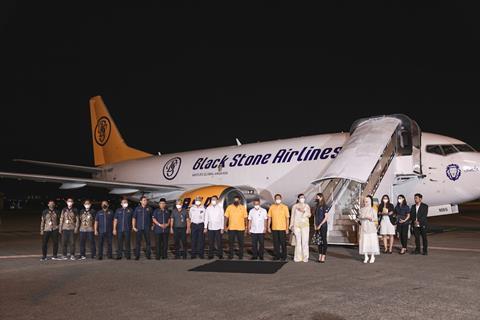 It operates one freighter at the moment, a Boeing 737-300F registered PK-MBS (MSN28200). According to Cirium fleets data, the aircraft was first delivered to EasyJet Switzerland in 1997, before operating for AirAsia, Citilink Indonesia, as well as Merpati. It underwent conversion in 2014 and operated with Bahraini carrier Texel Air until 2021.

He adds: “Using aviation market intelligence tools and through group experience in our existing cargo networks, we aim to improve niche transportation routes that are currently untapped by the local cargo airlines, while establishing new routes regionally with other countries in the near future.”

The airline did not indicate how many freighters it is looking to take.

However, it has disclosed intentions to roll out pilot training programmes for drone delivery services, an area the carrier expects to see “exponential growth” in the near-term.

Isaak adds: “We intend to grow the potential of this market and achieve premium cargo capabilities, especially with high worth and time sensitive goods including medical equipment and emergency items.”

Separately, the airline also hopes to operate passenger flights in the third quarter of the year, operating Umrah and Hajj pilgrimage flights to Saudi Arabia with four Airbus A330 aircraft.

RGA-Black Stone also hopes to launch flights into Mainland China, stating that such plans are “currently being discussed”.