The chief executive of UK-based low-cost carrier EasyJet has warned that the lack of government support targeted at the airline industry is threatening the sector’s long-term competitiveness.

“This is the last chance to save the UK airline industry and ensure it is as vibrant and competitive after Covid as it was before,” he states. “I hope the Government takes it.”

Noting specific government support for airlines in countries such as France, Italy, Germany and the USA, Lundgren laments the lack of similar programmes for UK-based operators.

“We have seen our main competitors in Europe all receiving various forms of aid and support from their governments, much greater than anything that has been granted to UK airlines,” he writes. “By contrast, the British government has so far provided nothing specific for the aviation sector.”

As a result, UK carriers “have had to raise funding, much of it debt of some form, which means they are mortgaging their futures to survive today”, Lundgren states. 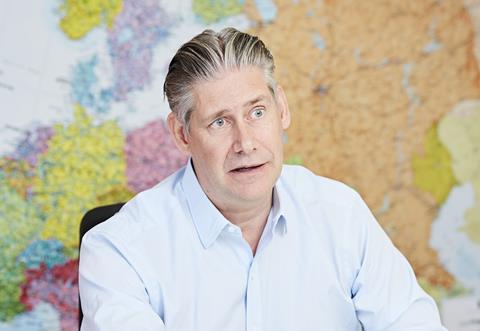 To remedy this situation, he calls for the removal of passenger taxes “for the next year”, the introduction of a winter furlough scheme – the UK’s current economy-wide wage-support programme is due to end in October – and “targeted support for airlines like EasyJet that have always been profitable and are part of the UK’s success story”.

Acknowledging the general business support measures introduced by the UK government, including the Covid Corporate Financing Facility (CCFF) and furlough schemes, Lundgren nevertheless notes that “as much CCFF money has been lent to foreign airlines as to UK airlines” – a likely reference to Wizz Air, the Hungary-headquartered carrier that qualified for the scheme and bases it UK operation at EasyJet’s London Luton home.

The UK government said earlier this week that it intends to publish an ”aviation recovery plan” in the autumn, setting out plans to get the sector back on track.

Lundgren made his comments after EasyJet become the latest European carrier to cut capacity plans in the light of demand being negatively hit by increased travel restrictions.

That followed confirmation In mid-August that it would close three UK bases: those at the London airports of Stansted and Southend, as well as at Newcastle.

EasyJet has bolstered its cash position during the crisis through a variety of measures, including drawing on a $500 million credit facility, accessing £600 million ($777 million) in CCFF money, raising £400 million through two new loans, and securing £419 million via a share placement.

In late May, EayJet began consultations on proposals to cut up to 30% of its 15,000 employees. Lundgren describes that decision as ”one of the hardest things I have had to do since joining EasyJet”.