The airline began in 2006 and was formerly known as OpenSkies before being rebranded as Level France in 2018. 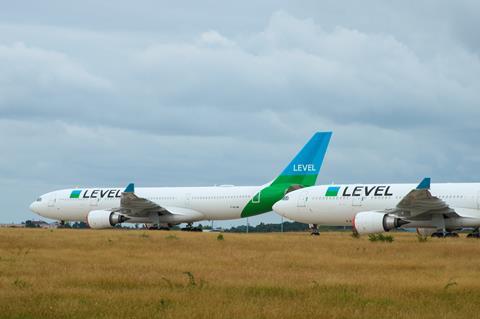 “In light of the impact of the Covid-19 pandemic and the expectation that passenger demand will not return to 2019 levels until 2023 at the earliest, OpenSkies is formally notifying its works council about a proposed cessation of operations and the development of an employment safeguard plan,” says Level France in a statement.

The carrier adds that it has faced “challenging circumstances since its creation”, and has been further impacted by the “unprecedented crisis” caused by Covid-19.

Consultations with employee representatives will begin on 15 July.

The news comes less than a month after IAG’s Vienna-based subsidiary, Level Europe, filed for insolvency, and does not impact the group’s Barcelona-based long-haul unit, also branded as Level.

“This process has nothing to do with Level operations in Barcelona, which are unaffected,” says IAG.

Cirium fleets data shows that Level France has a fleet of three Airbus A330-200s. Two of the aircraft are owned by Iberia and one is leased from Hong Kong-based China Aircraft Leasing (CALC).