Lithuanian charter carrier GetJet Airlines is looking at adding further widebodies, after signing a contract to operate its first long-haul flights with an Airbus A330 on services linking Warsaw to Toronto.

Lithuanian ACMI and charter carrier GetJet Airlines is looking at adding further widebodies, after signing a contract to operate its first long-haul flights with an Airbus A330 on services linking Warsaw to Toronto.

The charter carrier took delivery of its first widebody earlier this year and began its first services to Canada in September under a contract with Canadian Sunwing Airlines. Those flights are operated with Airbus narrowbodies.

It has now signed a contract to operate its A330 on flights between Warsaw and Toronto for LOT Polish Airlines. 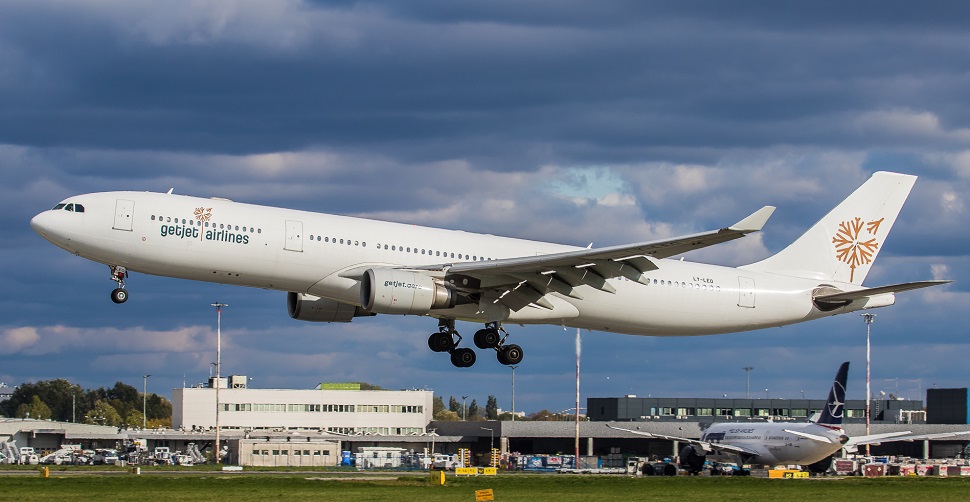 GetJet Airlines chief executive Darius Viltrakis says: "We are very proud to be the first Lithuanian airline to operate long-haul widebody flights. This move is part of our business strategy: to diversify our operations in order to mitigate market risks, including seasonality challenges.

"We expect that there will be an opportunity to advance in this market, and we are considering the prospect of investing in widebodies in the future," adds Viltrakis.

GetJet's first move into North America began with Canadian Sunwing Airlines last month. “Climatically, Canada is a great destination for ACMI and it's one of the reasons why we are working to expand our footprint in North America as well as to consolidate our position internationally,” says Viltrakis.

In support of its strategic expansion in North America, the airline is working to receive Maltese AOC approval at the beginning of next year. Malta's FAA Category 1 safety rating status would enable GetJet to serve the US market.