Many a true word is spoken in jest, they say.

That phrase was perhaps pertinent during the closing chief executive panel at the A4E Summit on 6 March.

"Imagine you could take over the airline of one of your co-panellists for one week. Which one and why?" asked moderator Richard Quest, to laughter from an expectant audience. 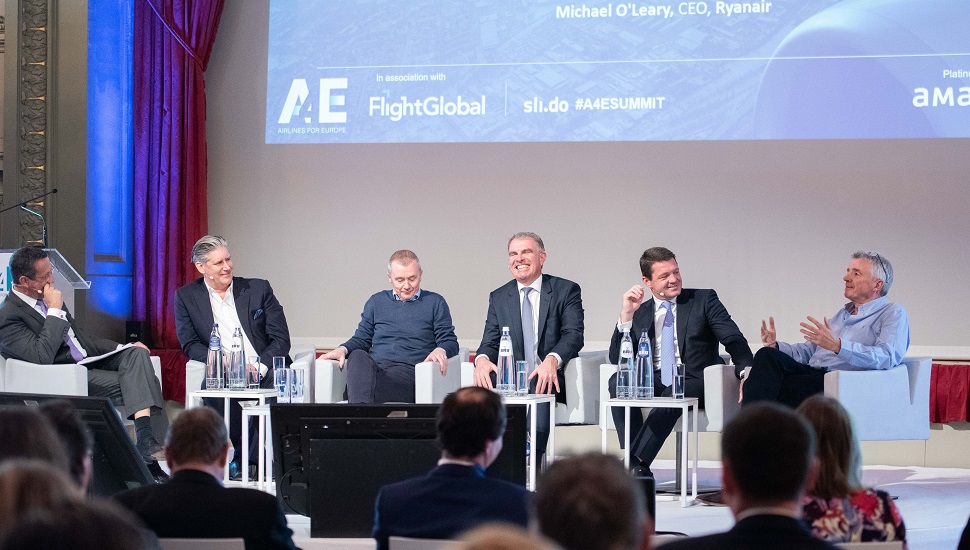 "I would take Willie's job because I am jealous of his home market in London," he replies in reference to IAG's British Airways, playing it relatively safe.

IAG chief Willie Walsh did not chose such a safe answer, however, instead picking a topic that his often been the subject of industry rumours.

"I would take KLM and spend that week convincing them that they should be part of IAG," he says.

But Walsh won't be doing a job swap with KLM chief executive Pieter Elbers. Instead, the latter says he fancies the idea of running a low-cost competitor.

"I would take Ryanair and I would show customers that they could really have an enjoyable journey if they pay a few pounds more," he states.

This prompts Ryanair chief Michael O’Leary to rethink his answer.

"I’ve changed my mind in the last few seconds. I was originally going to say Carsten so I could [experience] what it feels like to own Germany, Austria and Switzerland," O’Leary says.

"[But] I’ve changed [to KLM], so that I can encourage the Dutch government to buy more of Air France," he continues, in reference to earlier comments that state investment in an airline is bad for the respective business and therefore benefits Ryanair.

And what of EasyJet’s chief executive, Johan Lundgren?

"I’d take all of them," he says, to more laughs from the audience.

"I noticed that nobody wanted to take [EasyJet]," he then observes, adding that he had decided to take that as "a massive compliment".