Italian regional carrier Air Dolomiti has unveiled a new livery that more closely aligns its branding with that of its parent company.

The Lufthansa Group carrier displayed the scheme on one of its Embraer 195 jets. 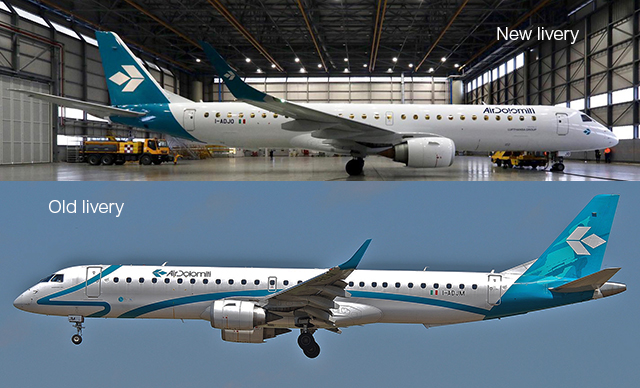 In a similar vein to the livery change made by Luftansa mainline last year, Air Dolomiti has chosen a relatively simple design that favours solid colours.

Its old livery featured swishes of blue across the fuselage and variations in the shade of colour on the tail.

The name Air Dolomiti is more prominent in the new scheme and appears without the graphical element of the carrier's logo, which now features on the winglets and just below the cockpit window, alongside a continued presence on the tail. 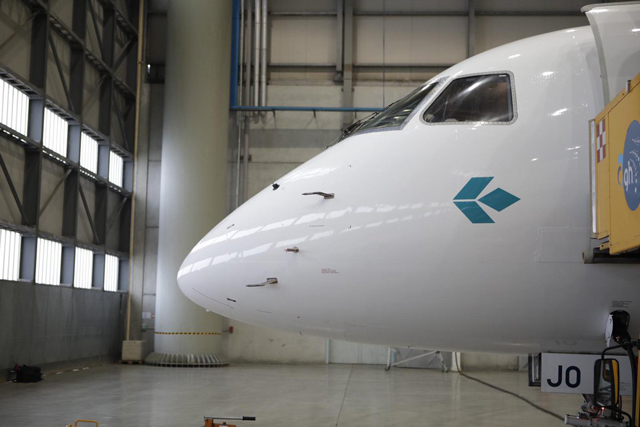 The new design also features a more prominent mention of Lufthansa Group on the fuselage.

"Seeing how the livery has been renewed but without being radically changed makes me think about our company whose Italian spirit remains intact, but whose body has instead been transformed to align with the group and modern times," states Air Dolomiti chief executive Joerg Eberhart. 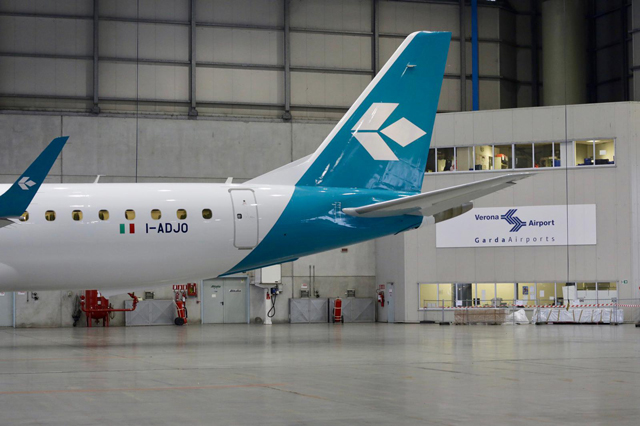 Flight Fleets Analyzer shows that Air Dolomiti has 12 E195s in service, with no outstanding orders.