Emirates has released photos of one of its first Boeing 777-9 aircraft, featuring its UAE flag livery on the type's trademark folding wingtips. 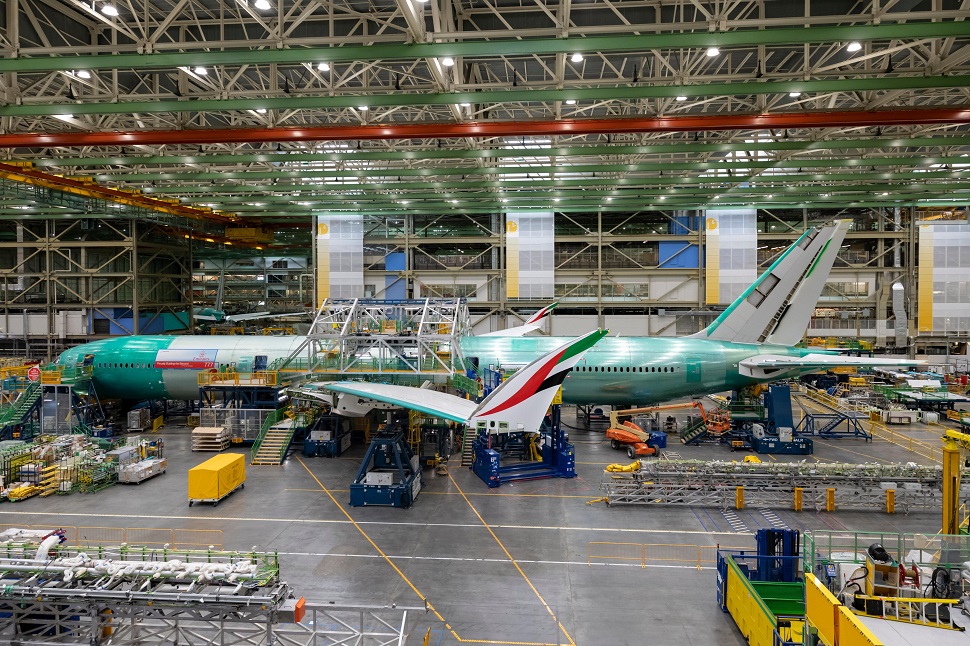 Emirates has confirmed to FlightGlobal that the aircraft pictured is due to be its second 777-9. 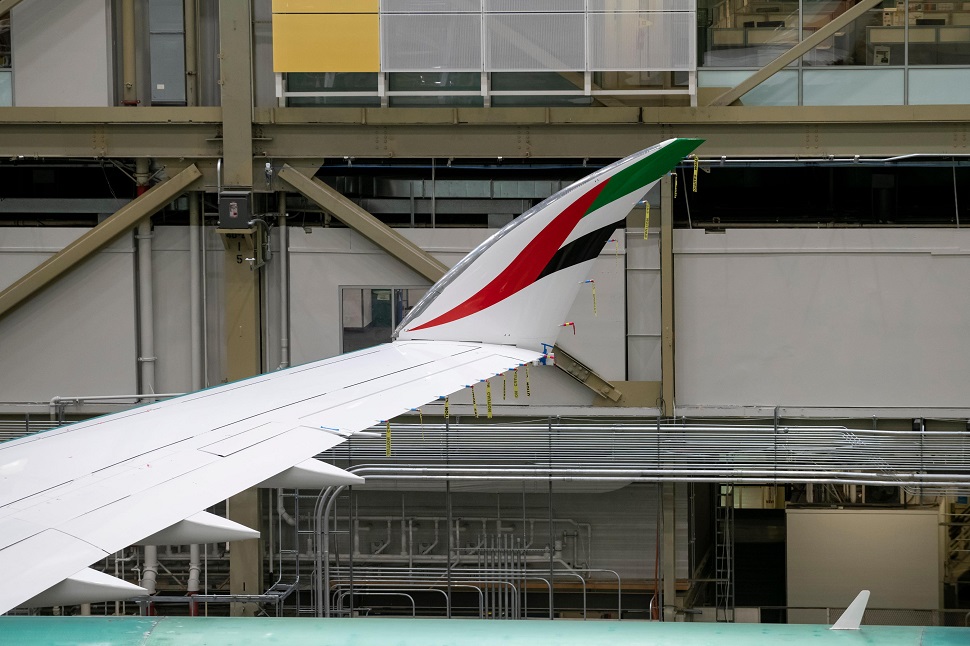 Boeing confirmed towards the end of July, however, that an issue with the General Electric GE9X powerplants that will power the Boeing 777X has delayed that aircraft's first flight until 2020.

The airframer is sticking to its goal to complete certification and begin deliveries next year, but warned that the timeline could slip. 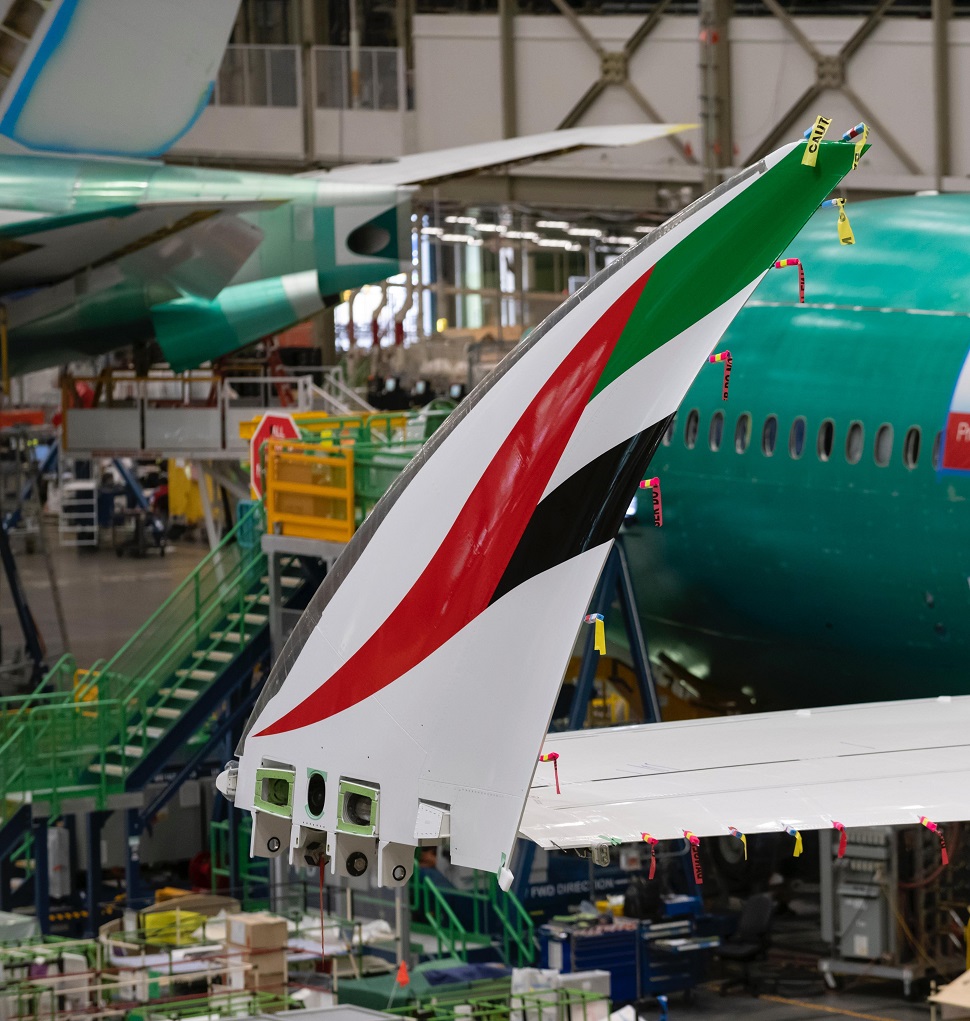 Boeing had previously said that first flight of its newest widebody would occur in 2019.