Qantas to cut another 2,500 jobs by outsourcing ground handling

The carrier will review operations at 10 Australian airports where ground handling is done in-house, alongside external ground handlers. This could affect 2,000 employees, including some in management roles.

A review of bus services for customers and employees in and around Sydney Airport could eliminate an additional 50 jobs.

Concurrently, low-cost subsidiary Jetstar Airways has decided to outsource ground handling at six Australian airports, having already done so at 17 other facilities. This will affect 370 jobs, subject to union consultation. 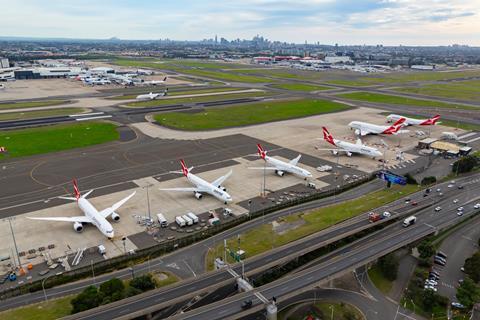 These changes are in addition to a target of 6,000 job cuts announced in June due to reduced flying activity, which saw 775 ground handling employees request a voluntary redundancy, Qantas says.

It adds that customer-facing roles at its airports are not impacted or under review.

The overhaul of ground handling operations will be undertaken over the next few months and the group will discuss this with employees and unions.

Qantas says: “In line with their enterprise bargaining agreement, employees will have an opportunity to provide a bid for the work and representatives be provided paid time and support to do this. They will need to demonstrate they can deliver on the objectives Qantas needs to meet.

“Should the decision be taken to outsource this work, there may be flow-on impacts to other parts of the business that support ground handling (e.g. rostering and ground equipment maintenance).”

“Every major airline around the world uses these specialist providers to support their operations. These ground handlers provide these services to many airlines at airports, rather than just one, and provide scalable resources, which makes them very cost-effective.

“Contracting this work out also reduces the capital spend required each year. As an example, Qantas and Jetstar would need to invest a further A$100 million ($70 million) on ground handling equipment over the next five years, such as tugs and bag loaders, if the work is kept in-house.”

Chief executive of Qantas Domestic, Andrew David adds that outsourcing to specialist ground handlers will save an estimated A$100 million in operating costs each year.

He says: “We’ve already taken drastic action, with more than 220 aircraft grounded, the vast majority of our workforce stood down and assets mortgaged to raise cash. Right now, our domestic capacity is at 20% of pre-Covid levels and international travel is expected to take years to recover.

“We know travel restrictions will lift eventually, but the market will be very different. Every airline will come through this much leaner and more efficient, and we have to be able to compete if we’re going to survive.”