South African Airways has put more than half of its Airbus A340 fleet and a variety of spare parts up for sale, as part of efforts to restructure following the carrier’s decision last month to voluntarily enter business rescue proceedings.

In a tender notice published on its website, SAA announces the sale of nine A340-300/600 aircraft, 15 aircraft engines – including CFM International CFM56s and Rolls-Royce Trent 500s – and four auxiliary power units (APUs). 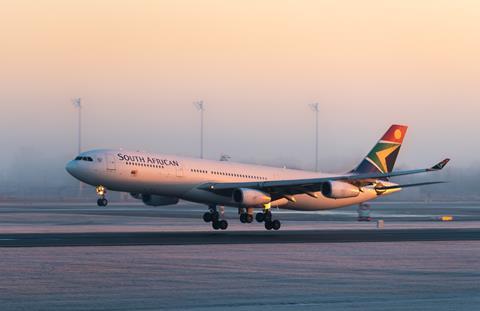 The ailing flag carrier entered voluntary business rescue after filing with the Companies and Intellectual Property Commission on 5 December. Les Matuson – director of Johannesburg-based advisory and turnaround specialist Matuson Associates – has been appointed to oversee restructuring.

It was disclosed last month that SAA would receive R4 billion ($273 million) in funding to help with its restructuring. Half of the funds will come from existing lenders, guaranteed by the South African government, and the other half will be provided by the country’s treasury.

SAA has been facing the prospect of drastic action as a result of a lack of progress with its turnaround programme, management upheaval, and – most recently – operational disruption from industrial action.