TUI Airways managing director Dawn Wilson believes there remains plenty of life in package holidays and sees an opportunity for the company's business in that area to expand following the demise of travel rival Thomas Cook Group in September.

TUI Airways managing director Dawn Wilson believes there remains plenty of life in package holidays and sees an opportunity for the company's business in that area to expand following the demise of travel rival Thomas Cook Group in September.

Thomas Cook Group collapsed amid mounting financial challenges. That resulted in Thomas Cook Airlines' UK operation – which had a fleet of around 50 aircraft – ceasing operations. The group's Scandinavian carrier was able to rapidly resume flights, while German unit Condor has secured a bridging loan while restructuring efforts continue.

"Nobody wants to see competitors in that situation, most of all the people," Wilson told FlightGlobal during an interview at the Airlines 2050 event in London on 17 October. 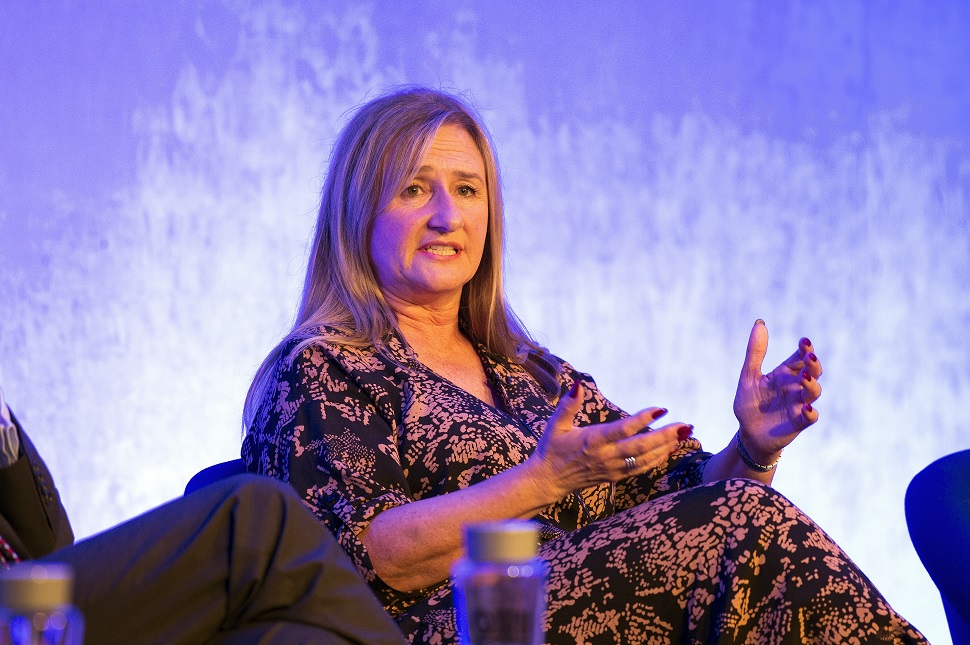 "That aside, like any good business would, we need to make sure we fill some of that void that has been left for customers that would have traditionally gone on Thomas Cook."

TUI on 10 October announced an additional two million seats on UK holidays. "We intend to grow our business and we think there are some good opportunities out there," says Wilson.

"We saw initially when they first went into receivership, we had a lot of customers reaching out to us to book holidays straight away. So our announcement is very much focused in the regions. We like to take local people on holiday from local airports," she states.

The collapse of Thomas Cook, coming after that of Monarch Airlines two years ago, has created headlines regarding challenges in the European leisure market. Wilson believes the business remains strong.

"We are currently taking 6 million customers on a package holiday each year, so when people say the package holiday is dead, I would seriously question that, because those 6 million passengers are going on holiday with us," she says, adding that competitors such as Jet2 are growing as well.

But she does point to the differences in the TUI model. "In the early days we were doing things in quite a similar way. It was flying people out on holiday, they would spend a week or two weeks on a hot and sunny beach, and fly back.

"I think what we have done in the last five years... is really look at how we can diversify our portfolio of holidays. So we are not just about your beach holiday for a week or two. We have invested in cruise ships – we have 17 across our group – and we also have 380 owned hotels across the group. So we have really been able to diversify our portfolio," Wilson says.

"And we have also really driven a digital, personalised service," she states, pointing to TUI's acquisition of Italian technology firm Musement a year ago. "They are developing our connectivity with customers in a digital way, around excursions and experiences, so you can really integrate with our TUI app," she says.

TUI has also been hit by the impact of the grounding of Boeing 737 Max aircraft earlier this year. In its third-quarter briefing in August, TUI Group said it was expecting a €300 million ($335 million) impact on full-year financial results as a consequence of the continuing suspension of Max operations.

TUI Airways – the group's UK carrier – was operating six Max aircraft at the point of the grounding, with more aircraft to come.

"Overall across the group we should have been flying 23, we have 15 grounded across Europe and another eight on the ground in Seattle waiting to be delivered," Wilson says. "Clearly it's a big shock for us, but I am really proud of the way my airline in the UK and TUI Group have responded – in the UK we did not cancel any customer holidays."

She cites work the airline has done in adapting its flight programme, fleet positioning, taking some lease extensions and wet-leasing in capacity to help counter the grounding, which occurred just before the start of the peak summer season.

"We have done that in a way that focused on the customer and delivered from a commercial point of view," says Wilson. "It's been very difficult, but that pain has been felt behind the scenes, but I think that has not been felt by customers."