TUI revenues all but wiped out for June quarter

European travel operator TUI Group incurred an operating loss of €1.1 billion ($1.3 billion) for the three months ending 30 June 2020 as revenues were down more than 98% on the same quarter last year.

TUI Group temporarily halted its holiday activities in mid-March as the coronavirus pandemic struck and did not begin reinstating operations until the gradual lifting of some travel restrictions within Europe towards the end of June. As a result, the travel firm generated revenues of just €71.8 million for the quarter. That was 98.5% down on the €4.75 billion sales it had in the same quarter in 2019. 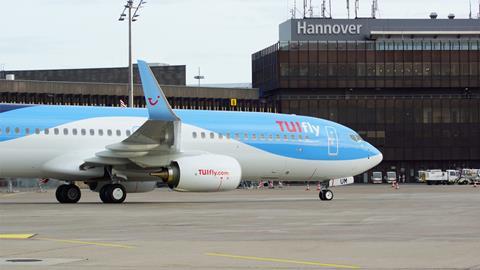 The group reports an underlying EBIT loss on a constant currency basis of  €1.1 billion - compared to a profit of €102 million at the same stage last year. Net losses for the quarter stood at €1.45 billion, marking a move to the red from the €49 million profit it made for the quarter last year.

TUI Group chief executive Fritz Joussen says: ”We acted very quickly at the beginning of the crisis in March and we responsibly mastered the new start in the summer - together with governments and partners. We will now sustainably reduce our costs and thereby strengthen our position in the market.”

Since resuming operations, TUI says more than half a million customers across Europe travelled with TUI during July.

The group says its 2020 summer programme was 57% booked as of 2 August, based on its adjusted capacity.

“Demand for holidays remains very high: since the resumption of travel activities, 1.7 million new bookings have been received group-wide. Bookings for summer 2021 are also very promising. They are currently 145 percent higher than last year’s bookings for this summer,” the company says.

TUI yesterday disclosed that it has agreed a second support package from state-owned development bank KfW, of €1.2 billion ($1.4 billion). The deal involves addition of €1.05 billion to TUI’s revolving credit facility and the issuance of a €150 million convertible bond to German economic stabilisation fund WSF.

Joussen says: ”The additional governmental loan will secure our liquidity in the event of further long-lasting travel restrictions and disruptions through Covid-19. The securing of financial resources will allow us to focus on our operating business and at the same time drive forward the realignment of the Group.

”Even before the pandemic, we had already initiated the next transformation of TUI: the transformation into a digital platform company. This is now being significantly accelerated. TUI after the crisis will be stronger, faster and more efficient than TUI before the crisis”.

Despite the resumption of travel activities, the board says the current situation and the ongoing pandemic do not yet allow it make a new a financial forecast for the year. Its previous guidance was pulled in mid-March.