The union representing United Airlines’ pilots has voted to accept voluntary staff reduction plans that would help reduce the number of pilots who might be laid off in the coming months.

The union is also calling on the US Congress to approve additional financial aid for airline employees, echoing the lobbying of other employee groups.

The Air Line Pilots Association, International (ALPA) agreed to “voluntary furlough and company leave of absence programmes, as well as a voluntary separation leave initiative,” says the union on 16 July. 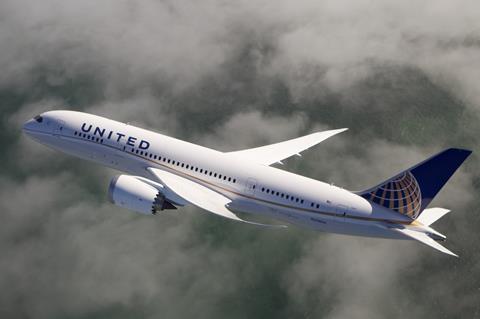 “These furlough-mitigation programmes and early-out options are designed to find as many volunteers as possible who are interested in stepping back from active flying and ultimately reduce the number of pilots who would be furloughed involuntarily,” ALPA says.

Earlier this month, United notified 2,250 pilots that they could be laid off due to the sharp decline in demand amid the Covid-19 pandemic. Including other employee groups, the Chicago-based airline notified some 36,000 workers – about 45% of its workforce – of possible layoffs.

“The union is doing everything in its power to develop creative and innovative ways to reduce furloughs and protect the careers of United pilots,” the union says. “We have negotiated continued active employee health insurance benefits for furloughed pilots in conjunction with groundbreaking provisions that provide the option to remain qualified, allowing a faster recall once passenger demand returns.”

American has since notified some 25,000 staffers, including 2,500 pilots, that they are at risk of losing their jobs.

United’s ALPA division has also urged the “Congress and the president to swiftly enact an extension of the CARES Act in order to protect our pilots and the entire industry.”

Signed by President Donald Trump in March, the CARES Act earmarked $58 billion in government aid for US airlines, including about $29 billion specifically designated to support aviation workers’ wages, salaries and benefits.

But that aid, which US carriers have taken, prohibits companies from laying off staff prior to 1 October.

The Association of Flight Attendants-CWA has also urged Congress to extend the CARES Act, warning that airlines otherwise will lay off “hundreds of thousands of aviation workers” on 1 October.