WestJet to use SAF for flights from San Francisco to Calgary

Calgary-headquartered WestJet said on 3 November it would use SAF produced by Neste to fly 40 flights from San Francisco International to Calgary International airports for the next three months, making it “the first Canadian operator to offer regular sustainable aviation fuel flights”, the company says. 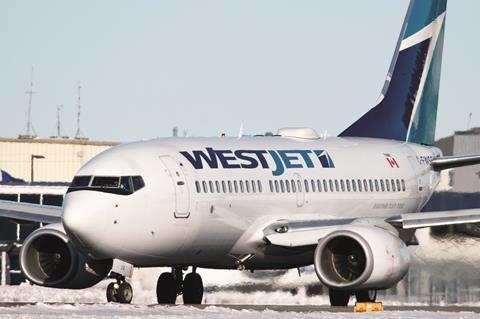 “We are thrilled that WestJet will be the first Canadian air carrier to operate a dedicated flight route using SAF,” says Angela Avery, WestJet’s chief people, corporate and sustainability officer. “This is an integral step in decarbonizing Canada’s aviation sector and WestJet is committed to working alongside our partners to reduce our environmental footprint as we aim to drive greater awareness for the importance of a SAF ecosystem in Canada.”

“Sustainable aviation fuel is the fastest, most effective means we have to reduce the greenhouse gas emissions from air travel,” says Thorsten Lange, executive vice-president of renewable aviation at Neste. “Neste is ready to play its part to support the Canadian industry’s aspirational goal of 10% SAF use by 2030.”

WestJet’s use of Neste MY Sustainable Aviation Fuel on the San Francisco-Calgary route will reduce greenhouse gas emissions by 186t, the airline says.

While noting that availability of SAF is constrained by high costs and limited production, WestJet – which is pursuing a net-zero emissions goal for 2050 – called for a Canadian programme to produce SAF and a future in which “SAF is the standard across the airline industry”.

In a joint initiative with Boeing and the International Air Transport Association (IATA), WestJet completed its first SAF flight from Los Angeles to Calgary on 6 June.

This year, WestJet also launched a partnership with Aero Design Labs to reduce drag and improve fuel efficiency of its Boeing 737NGs.